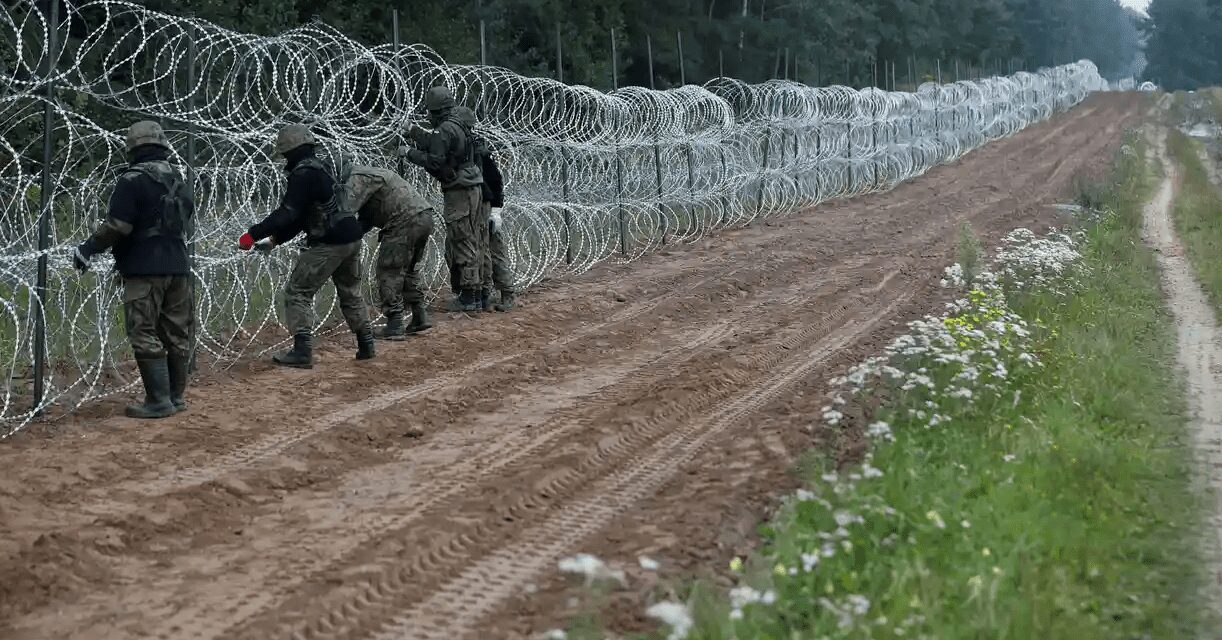 Poland will build a wall along the border with Belarus starting in December.

Belarus has been luring middle-eastern migrants to Minsk, with onward transport to the border, with promise of passage into the European Union in an attempt to destabilise the bloc.

Poland’s Minister of the Interior Mariusz Kaminski said on Monday, November 15, that the task was “an absolutely necessary strategic and priority project for the security of the nation and its citizens.”

The contracts for the work will be signed over the next month and construction will start before the end of the year on a round-the-clock basis. The wall is due to be finished by the end of March next year.

However, the wall will extend for 180 kilometres and the total border with the totalitarian state is 400 kilometres.

The estimated cost is 353 million euros. How much the European Union will pay toward the cost is unknown, and on Monday a European Commission spokesperson said that building new border walls was not a good idea.

Migrants have paid thousands of dollars to take flights to MInsk on tourist visas after having been told they can then cross the border into the EU without problem. Over the weekend rumours spread that buses would be coming to take the migrants to Germany, according to Polish press reports.