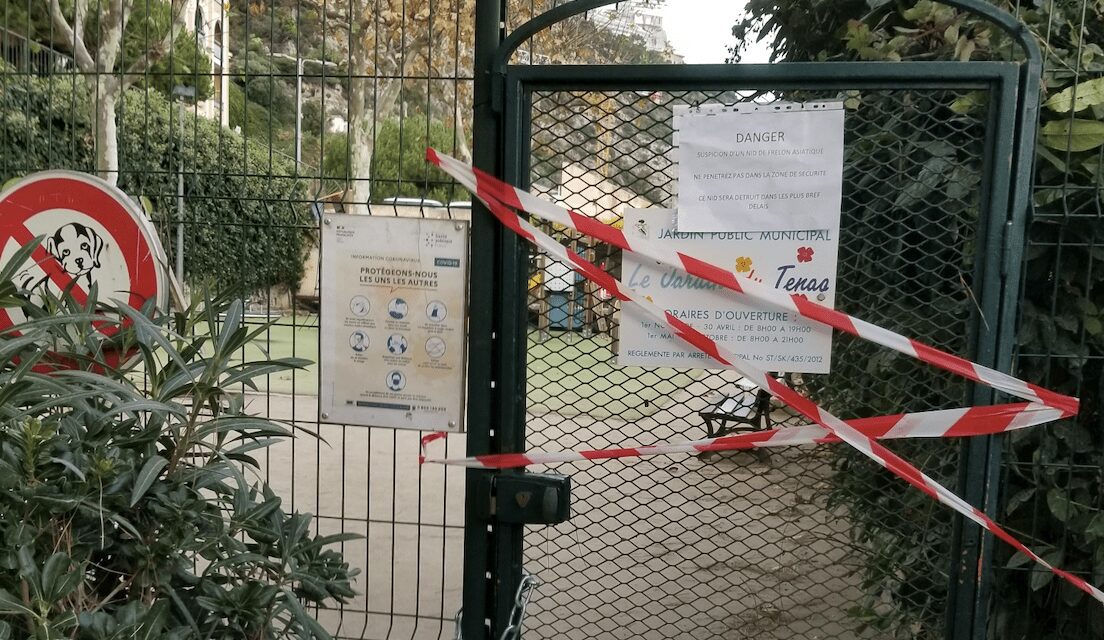 The discovery of a nest of Asian hornets next to a children’s play area near the Proxi store on ave. Saint-Roman in Beausoleil has resulted in the facility being closed temporarily.

The Asian hornet is considered to be more dangerous than the European variety. Its sting is much more painful than a wasp sting and the results can be fatal for those who have an allergic reaction.

The Asian hornet preys on bees and wasps and is considered a very unwelcome invasive species. It is already present in Italy, Cyprus, Bulgaria and Malta, but there have been few instances of it breeding in France.

In October, French daily Le Figaro reported ‘the first case’ of males and females of a variety known as the ‘Oriental hornet’ being found in the same place in France, in a disused industrial part of Marseille, suggesting that an even more unwelcome type of hornet had established a next in the area.

PHOTO: The closed entrance to the children’s play area (provided by a reader)