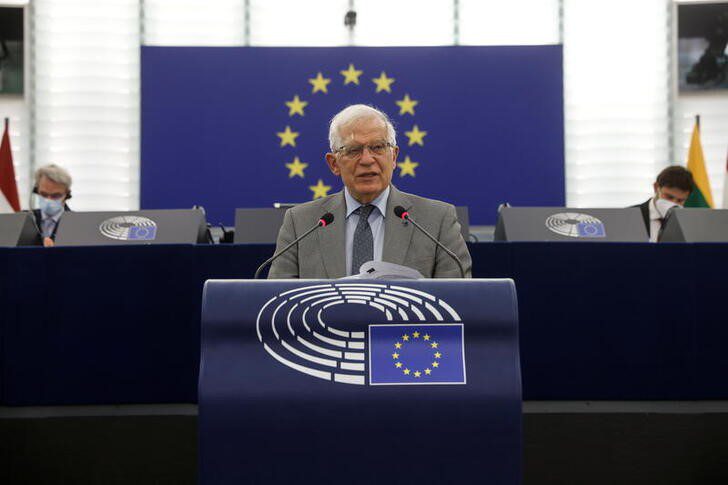 BRUSSELS (Reuters) – The European Union will consider sanctions against migrant smugglers and those involved in human trafficking to address a surge in “irregular” border crossings from Belarus, the bloc’s top diplomat said.

Lithuania, an EU member state, has reported an uptick in illegal border crossings from neighbouring Belarus and accused Minsk of flying in migrants from abroad and sending them over the border.

“The EU will consider the possibility of restrictive measures targeted at migrants’ smugglers abusing human rights or those otherwise involved in trafficking in human beings,” Josep Borrell said in a statement on Belarus on Friday.

Lithuania and the EU accused Belarus this month of using migrants and refugees as a political weapon to put pressure on the EU because of the bloc’s sanctions on Minsk.

Lithuania began building a 550-km (320-mile) razor wire barrier on its frontier with Belarus this month.

Brussels has imposed a series of sanctions on Belarus since a disputed presidential election last August that was followed by a police crackdown on street protests.

Josep Borrell, vice president of the European commission in charge of coordinating the external action of the European Union, delivers a speech at the European Parliament, in Strasbourg, France, June 8, 2021. Jean-Francois Badias/Pool via REUTERS