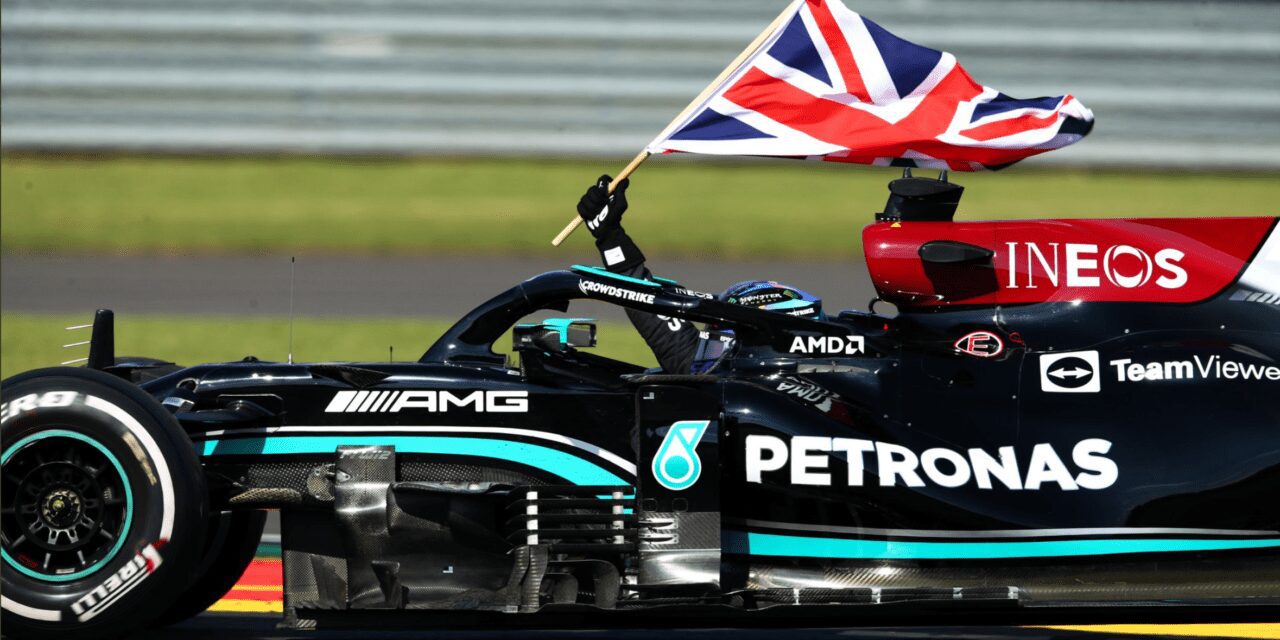 Monaco’s Charles Leclerc didn’t put a foot wrong throughout the race on Sunday, July 18, on a sizzling Silverstone circuit, but came in second to Lewis Hamilton thanks to a conspiracy of experience and technology that favoured the British driver.

Starting in pole position, Max Verstappen’s race did not last long, as the dutchman made contact with Hamilton when their wheels came together. Verstappen then swerved and crashed into a nearby tyre wall, while Hamilton kept calm and carried on.

Despite the incident taking place at high speed, the Red Bull driver walked away from the crash. He went to the Silverstone Circuit Medical Centre and from there to hospital for observation. However, The dutchman’s Red Bull car was firmly planted into the barrier, and left behind a trail of debris on track.

This fiasco lead to very early red flag, giving Hamilton the opportunity to change his damaged front wing. For his involvement in the incident, the defending World Champion was awarded a 10-second penalty, although his team contested that he was responsible.

Having started in fourth place on the grid, Leclerc managed to make the race restart work to his advantage as he maintained in control of the the lead and managed to hold on to it for very nearly the rest of the race.

By the halfway point of this race on the 26th lap, Leclerc had a 2.3 second lead on Hamilton in second place, ahead of Carlos Sainz cruising along in third place in the second Ferrari. A lap later, Hamilton visited the pits for a set of hard tyres, and also took the time to serve that 10 second penalty.

After an overtake on Norris on the same corner that saw Verstappen crash, Lewis Hamilton claimed third place, and at this point, only his teammate Valtteri Bottas stood between the Brit and Leclerc.

Unsurprisingly enough, Mercedes called in a team order asking Bottas to let Hamilton pass him by, and by the 40th lap, Hamilton was in P2 and slowly closing the gap between himself and the Ferrari in the lead.

Through an admittedly spectacular demonstration of his driving abilities over the course of 10 laps, Hamilton was able to get right behind Leclerc with just two laps to go, and chose the same controversial corner to claim the lead from a bemused and defenceless Monegasque.

All that was left for Hamilton to do was to cross the line in one piece, and he did so without any worries. With an eighth victory at his Home Grand Prix in the bag, the Brit wasted no time in grabbing a Union Jack and celebrating with his fellow countrymen in the stands.

Leclerc was understandably not completely satisfied with his first podium finish of the 2021 season, having led 49 of the 52 laps only to lose out at the last moment, but Leclerc is already well aware of the heartbreak that can occur on track.

Meanwhile, an also understandably unsatisfied Verstappen called his Drivers Championship rival out while still in hospital. Read the full message below:

With a crucial win at Silverstone, Hamilton has reduced the gap between himself and Verstappen to an eight point difference in the championship standings, and will be looking to reclaim the lead in two weeks time at the Hungaroring for the Hungarian GP on Sunday, August 1.