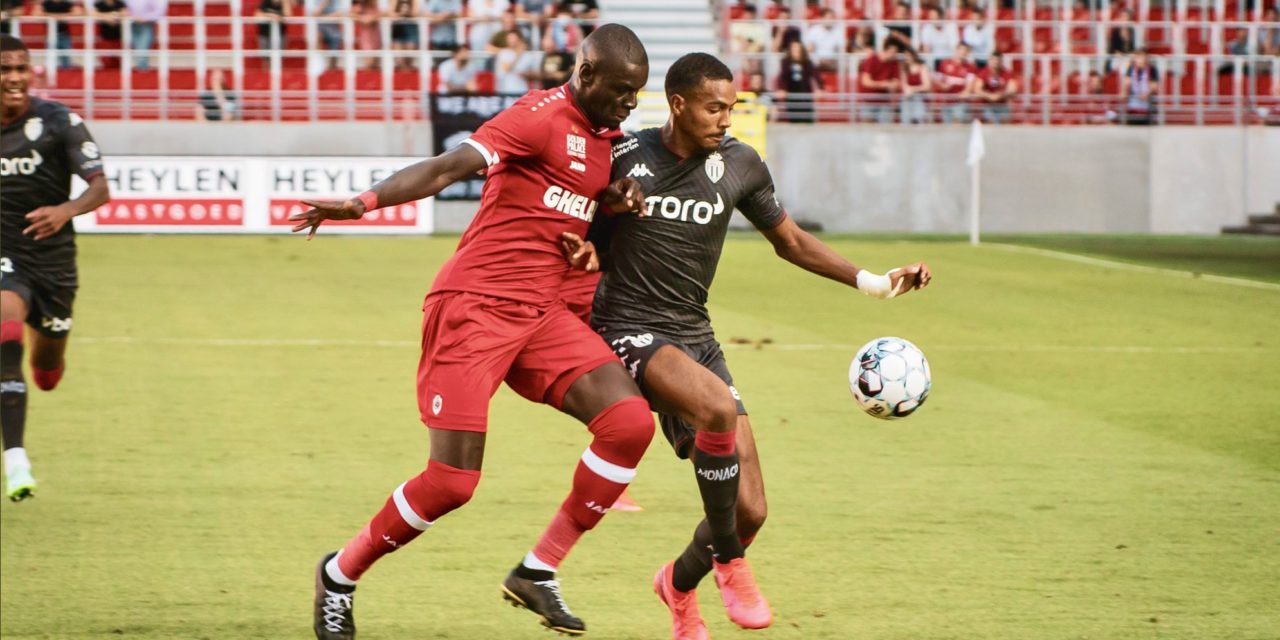 AS Monaco remain undefeated in pre-season, as they held Belgian side Antwerp FC to a draw in their third friendly fixture on Saturday, July 17.

On the occasion of this friendly, new recruit Ismail Jakobs made his debut with Monaco, joining Benoît Badiashile in the Principality side’s defensive line.

The Belgians seemed to be in control for the first 30 minutes after kick-off, maintaining possession, while occasionally daring to shoot. However, new goalie Alex Nübel was on hand to keep the hosts at bay.

The Monegasques also took some chances on goal, but perhaps the most dangerous of chances arrived at the 42nd minute. Jakobs found Anthony Musaba in the box with a perfect cross, and Musaba nearly found the back of the net with his head, had it not been for the opposing goalie’s reflex block from point blank range.

The second half of the match also saw Monaco academy players Félix Lemarechal and Maghnes Akliouche, join the pros on the pitch for the first time. However, despite Monaco’s best efforts, they were unable to best the Belgian’s before the match came to a close.

Likewise, Antwerp could not manage to get past an attentive Monegasque defensive line in the second half. With that, the visiting Monegasques concluded their match with a 0-0 draw, and remain undefeated in their pre-season campaign.

Niko Kovac and co. will go on to spend the following week training in Austria, ahead of their next friendly against Wolfsburg on Saturday, July 24.