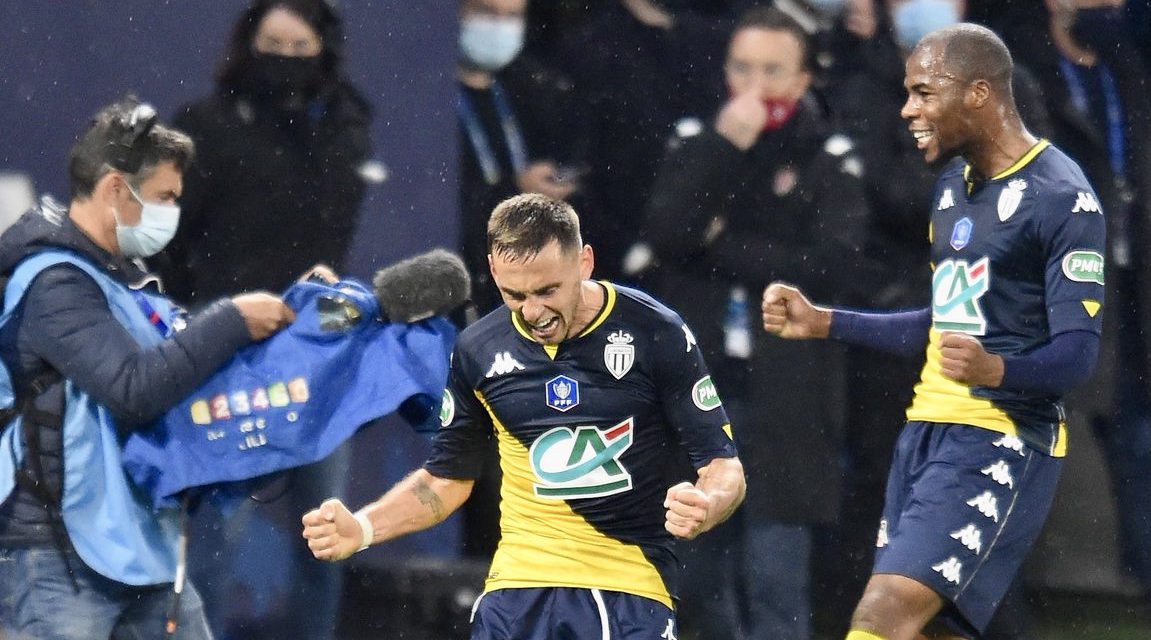 Having found nothing but success so far in the French Cup, AS Monaco travelled to the Parc Olympique Lyonnais on April 21 to face off against Lyon in a quarter final fixture of the national competition.

On this high-stakes occasion, Monaco head coach Niko Kovac went with a 4-4-2 formation, with a lethal combination of Kevin Volland and Wissam Ben Yedder on the front line.

The match did not commence in the Monegasques favour, as the hosts set their sights on their visitors’ goal very early on. The Lyonnais would take turns testing Radoslaw Majecki, who stood tall between the Principality’s posts.

At the end of a long first 45 minutes for Monaco, they had not taken a single shot yet, while Lyon looked poised to finish at any moment, having already missed 10 opportunities on goal.

Fortunately enough for Monaco, the second half quickly became a stark contrast to the first, as Lyon’s Maxwell Cornet believed to have opened the scoring on a lightning counter-attack, before being signalled offside.

In all that commotion, Fodé Ballo-Touré received a boot to the face, which resulted in a red card and a penalty for the red and whites, or yellow and blues on this occasion. Team captain Ben Yedder took to the spot and launched the ball into the back of the Lyonnais net to put Monaco 0-1 ahead at the 53rd minute.

Not satisfied by their slight lead, the visitors pressed back up the pitch of the Parc. After running into a dangerous area, Ben Yedder turned and served an oncoming Volland without wasting any time. The German striker then smashed the ball past Lyon’s goalie from a very tight angle indeed. Check it out for yourself below:

Within 10 minutes of their first goal, Monaco had scored again, making it 0-2 at the 62nd minute. Now sitting more comfortably ahead, the visitors were able to return to a more defensive style of play. As the minutes passed by, Lyon tried to bounce back, but Kovac kept them at bay throughout the second half and until the end of the match.

So there we have it, a bit of Monegasque magic goes a long way, and this fixture saw no exception. Monaco won the match 0-2, knocking Lyon out of the French Cup quarter finals and advancing to the semi finals in the process.

Monaco will return to regular Ligue 1 action on Sunday, April 25 as the red and whites will travel to the Stade Jean-Bouin to face off against Angers.