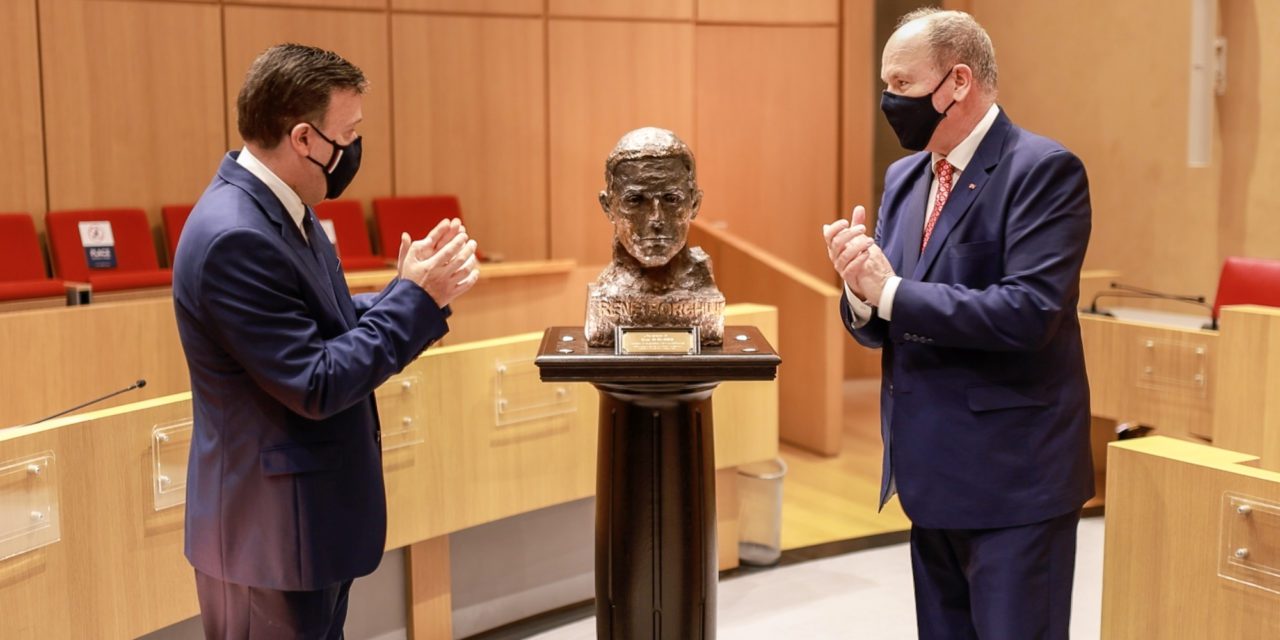 HSH Prince Albert unveiled a bust of Resistance hero René Borghini at a ceremony and homage in the great chamber of the National Council on Thursday, April 22.

At the invitation of President Stéphane Valeri, in the presence of the sculptor Denis Chetboune, Jacques Wolzok, President of the Compensation Commission for Victims of Spoliations, Michèle Bertola, a member of the family of René Borghini, counsellors and others participated.

Stéphane Valeri thanked the Sovereign Prince “for having agreed to follow up on the proposal to honour, with this bust, the Monegasque resistance fighter René Borghini, who was, during the time of his arrest by the Gestapo, secretary of the presidency of the National Council, equivalent today to Secretary-General.”

René Borghini and Esther Poggio, his liaison officer, were arrested in Monaco in July 1944 for resistance and shot on August 15, 1944, as was Joseph Lajoux, another Monegasque hero of the resistance.

After mentioning the great importance of René Borghini’s courage, the President referred to the words of his distant predecessor, President Charles Bellando who, in 1947, had made a vibrant tribute to René Borghini: “Some figures are, in the life of a people, benchmarks on the road of historical evolution.”

PHOTO: President of the National Council Stéphane Valeri and HSH Prince Albert with the bust of René Borghini