French PM addresses nation via the press – says nothing new 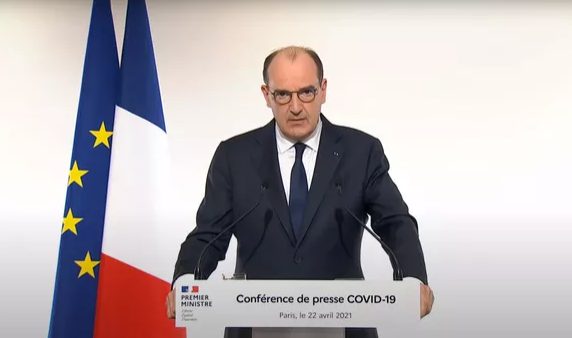 Prime Minister Jean Castex gave a press conference on Thursday, April 22, during which he confirmed what the government’s spokesman has been saying all week, which is that despite the disastrous coronavirus scenario, France has had enough of lockdown and will start dismantling the rules and regulations that everyone despises.

Yes, children will go back to school, starting next Monday, April 26, and by mid-May there will be hundreds of thousands of tests. Possibly as many as 600,000 each week.

In high schools only half of students can be on campus at the same time, officially in this case.

As expected, no self-declaration will be needed for travel beyond 10 kilometres after May 3 and the current curfew will stay in place beyond mid-May, probably.

The main issue, of course, is when bars, cafes and restaurants can reopen, at least outside. On this central issue around which French live revolves, “We’ll see,” was all that M. Castex could promise. Some ‘prudent’ reopening might possibly start from around or about mid-May, the Prime Minister said.

Good news for the overweight. From some time in the middle of May, which in this case may start on or about May 10 and finish on May 31, approximately, those who suffer from obesity and are younger than 55 will be eligible for a vaccine shot. Probablement.

In any given press conference there is always at least one elephant in the room. The biggest bull in the herd on Thursday is the fact that no-one in France wants the AstraZeneca jab, and yet without it France’s vaccination programme – such as it is – will fall apart.