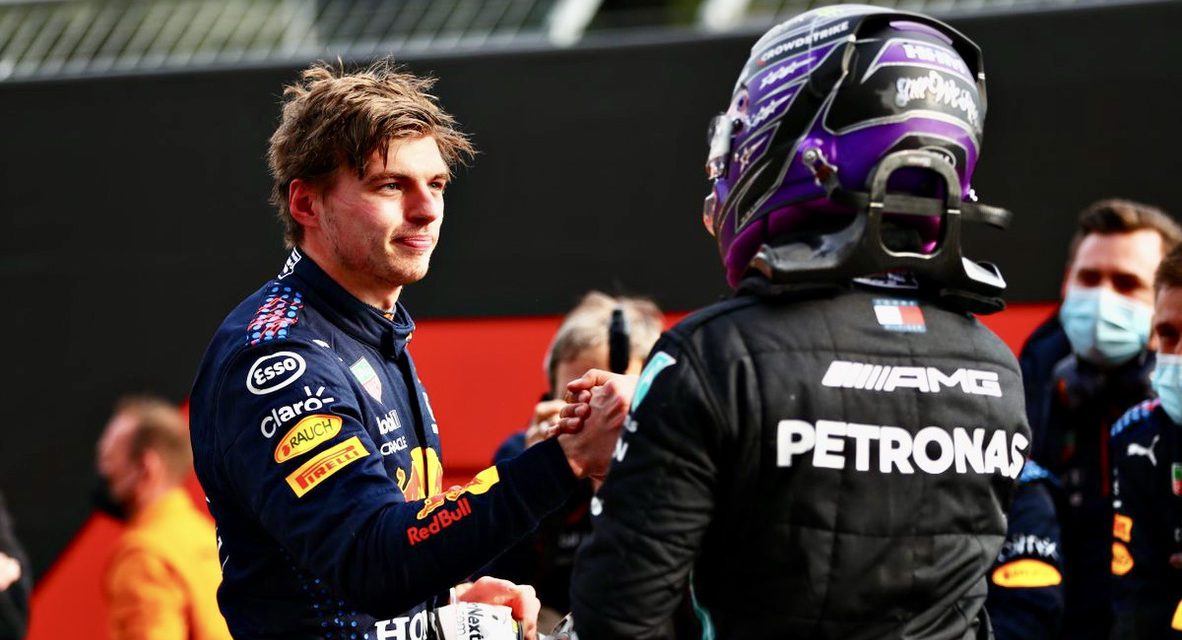 Max Verstappen soared to victory at the 2021 Emilia Romagna Grand Prix, as the flying Dutchman crossed the chequered line a full 22 seconds ahead of the next guy, defending World Champion Lewis Hamilton.

For the 99th time in his Formula 1 career, Hamilton took pole position, while his rival in the Red Bull started in third place on the grid. As the lights went out at the Imola circuit, Verstappen claimed an early lead with a rapid launch.

Hamilton would spend the next 30 laps applying pressure to Verstappen in the lead, but it was ultimately the Brit that cracked first with a lock up on the Tosa corner that beached his Mercedes, and dropped him to eighth place.

Charles Leclerc put in a big shift for Scuderia Ferrari, as the Monegasque found himself in second after Hamilton’s mistake. Leclerc began the race in fourth place, and would complete it in fourth place, too, as the defending world champ managed to fight his way up the grid and eventually past the prancing horse of Leclerc on the 55th lap.

Leclerc’s fourth place finish was followed by Carlos Sainz finishing fifth. With both drivers in the top five, Ferrari managed to score some serious points.

Hamilton’s lock up was closely followed by a more dramatic incident, as Valtteri Bottas and George Russel collided. Neither faced action from the stewards after a post-race investigation, but both disagreed on who was to blame for the race-altering crash.

The next and final laps would prove to be just as tense, as Hamilton edged his way to a crucial second place finish. Following on from him and completing the podium was McLaren’s Lando Norris, who fought to finish in third place from a seventh place start.

When the chaotic race concluded, Verstappen enjoyed his deserved victory, as he celebrated his first win and podium finish in Italy. Hamilton now leads Verstappen by just one point, and while it may still be too early to tell, it seems that we will continue to enjoy the battle to be the best for the rest of the season.

After two solid, but nail-biting races to kick off the 2021 F1 season, fans will only have to wait for two weeks before the F1 circus returns to the Portimao circuit for the Portuguese Grand Prix on May 2. This race is the first of a double header, which ends in Spain for the Spanish Grand Prix on May 9.