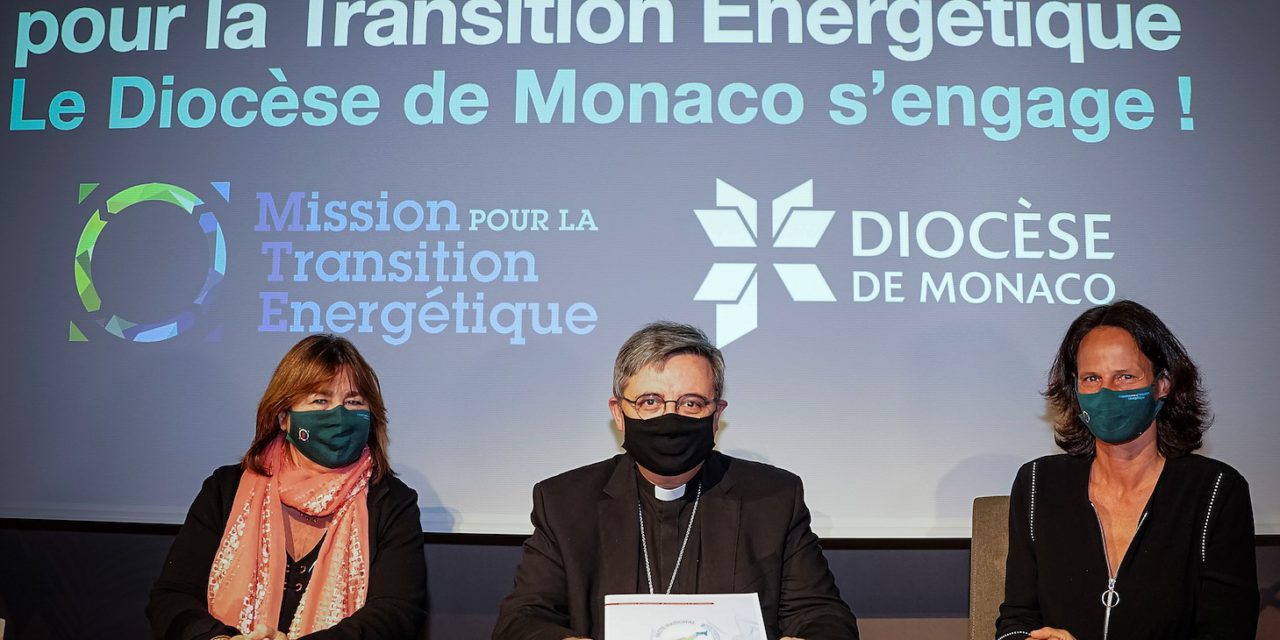 The sixth edition of Energy Transition Meetings with the press was held last week at the Diocesan Agora-House, in the presence of Monsignor Dominique-Marie David and Marie-Pierre Gramaglia, Minister of Infrastructure, Environment and Town Planning.

The minister unveiled two new programs being implemented in the Economic Recovery Plan, in addition to all those that are already operational: Aid for the energy transition of companies, which enables the development of zero carbon strategies and obtain dedicated financial resources; and the appeal for the renovation of buildings, which will make it possible to reduce of at least by 50 percent greenhouse gas emissions from those buildings.

The Diocese of Monaco has reaffirmed its desire to commit to energy transition by adhering to the National Pact.

Monsignor David referred to the encyclical letter of Pope Francis “Laudato Si”, recalling that nature is a gift which is entrusted to Man and that it is of his duty to preserve it for the “safeguard of the Common Home”. He recalled that the Pope is alarmed about the issues related to the environment and the climate because “the human environment and the natural environment are degrading together, everything being linked “.

Annabelle Jaeger-Seydoux, Director of the Mission for Energy Transition, said that” several million euros have been put on the table to set up this recovery plan dedicated to energy transition.

She went on to present four people in the spotlight: – Ferxel Fourgon, protocol and communication manager at the Diocese, highlighted the names several actions carried out by this institution in terms of energy and digital transition: reducing paper printing, setting up information terminals at the entrance to churches, installing LED lighting, insulating windows and attics , the installation of photovoltaic panels on the roof of the Church of the Sacred Heart and of the Church of Saint Nicolas, which is, moreover, the first green church, 100 percent autonomous in electricity; – Claire Ferandier Sicard, who designed the “ETYC” training course for yacht crews. Developed from the ISO 14001 standard, this environmental management program aims to educate, train, explain and find solutions to manage the impact of boats; – Ingrid de Bruyn, who presented the “EatIn” application, which facilitates access to various delivery services in the Principality, thanks to a fleet of electric scooters; and Milena Cvijanovich, who presented Milena C. Design, whose vocation is to design environmentally-friendly products in interior design for yachts, hotels, companies or residences, using organic waste.