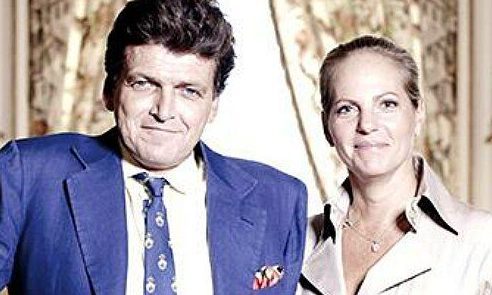 Baron Benjamin de Rothschild, president of the board of Edmond de Rothschild Holding SA, died on Friday, January 15, from a heart attack.

In a statement to AFP on Saturday morning, his wife said: “Ariane de Rothschild and her daughters are deeply saddened to announce the death of their husband and father, Benjamin de Rothschild following a heart attack at the family home in Pregny (Switzerland) on the afternoon of January 15, 2021.”

The Franco-Swiss group headquartered in Geneva specialises in private banking and asset management and has no connection with the Franco-British investment bank Rothschild and Co.

The value of assets managed by the group amounts to 173 billion Swiss francs, according to Le Figaro. Benjamin de Rothschild had been at the head of the group since 1997 and the death of his father, Edmond de Rothschild, husband of Baroness Nadine de Rothschild.

The funeral of Baron de Rothschild will take place in the next few days and will be a strictly family affair.

Edmond de Rothschild group also provides corporate finance, private equity and fund administration solutions, according to thebanks.eu, which adds: “Edmond de Rothschild (Monaco) is the eighth largest bank in Monaco in terms of total assets. In 2019 its total assets were 2,529,99 million euros, providing the bank with the market share of 3.53 percent. In 2019 the bank’s net income was 19,73 million euros.”