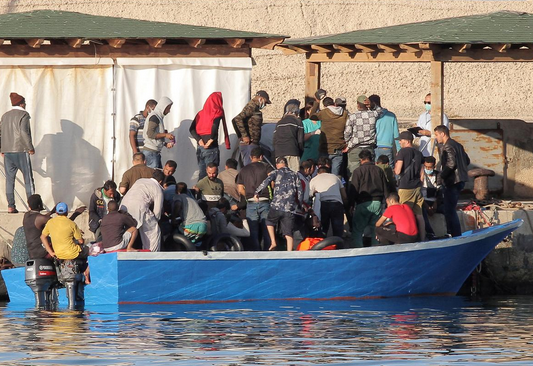 According to several reliable sources, the young male who killed three people in a church in the centre of Nice on Thursday morning had recently arrived in France.

Named Brahim Aoussaoui, the 21 year-old had claimed refuge on the Italian island of Lampedusa at the end of September and had arrived in France a few weeks ago, at the beginning of October.

The Italian authorities told him to leave the country and he made his way to France, where this morning he decapitated a woman in her 70s praying in the Notre-Dame de Nice basilica, killed the caretaker with a long knife and inflicted mortal wounds on a worshipper in her 40s, who ran to a local cafe for help but collapsed and died on the scene.

Shot in the shoulder, the assailant was taken to hospital. President Macron was on the scene on Thursday afternoon where he vowed, again, that France will not be bowed by acts of terror such as this.

Lampedusa is closer to Tunisia than to Italy and has seen waves of migrant landings since the 1990s. The island was visited in 2013 by the Pope, who urged the world to embrace those fleeing war and poverty.