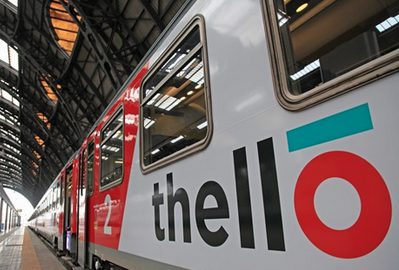 The Thello train service from Nice to Milan will stop from the end of the year.

The French CFDT rail workers union issued a statement saying: “The company Thello, a wholly-owned subsidiary of Trenitalia, is preparing to cease the so-called day train service created in 2014, and consisting of three daily round trips between Marseille, Nice and Milan.”

The union warned of the loss of 38 jobs in Nice.

The news came shortly after an agreement had been reached with local authorities and French rail operator SNCF allowing commuters to use the service, a move that would have gone some way towards alleviating overcrowding on the busy route.