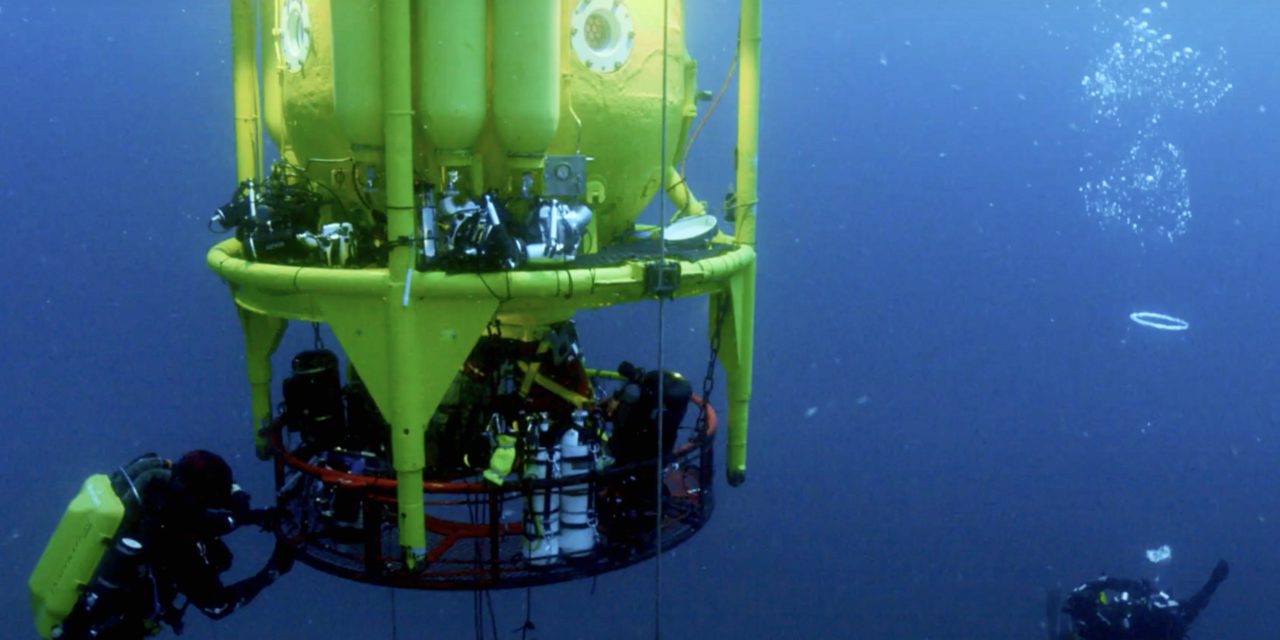 Following a lengthy and complicated filming process, the documentary “Planète Méditerranée” premiered earlier this week on the Corsican island of Ile Rousse on September 1. In attendance for the premiere was HSH Prince Albert, who was accompanied by Princess Charlene and their twins (pictured below). Ever-involved in the fight for the conservation of our oceans, the Prince and his foundation; The Prince Albert II of Monaco Foundation, have been instrumental in the bringing to life of this extraordinary project.

This film follows four brave ‘Gombassa Expedition’ divers around the Mediterranean Sea as they dived to the cold, dark depth of 120 metres a countless number of times. The mission being to examine the rich ecosystems currently inhabiting seabeds and coral reefs, all the while filming and sampling in order to further our understanding of a world that has remained unexplored by humankind, until now.

The expedition was led by French biologist and director of the documentary, Laurent Ballesta. The experienced team lived aboard a floating construction site called ‘Gombessa 5′ that was pressurised at 13 bar and only just provided the crew with enough space to live as they shared a 5 square-metre cabin for the duration of the voyage, taking confinement to another level. The technology really is quite impressive, as an attachable “turret” lowers the team to 120 metres below the ocean’s surface in just three minutes. Ballesta and Co’ were able to visit 21 sites between Monaco and Marseille, uncovering several secrets of the sea along the way.

The “Planète Méditerranée” documentary was filmed for Franco-German channel ARTE and will be broadcast on September 19 at 20:30 CET. Better still, the Oceanographic Museum of Monaco will host Laurent Ballesta and screen his latest adventure for free from 19:00 on September 22. Tickets for this event are available to book here until September 15. In the meantime, check out the trailer for this upcoming deep dive documentary below.