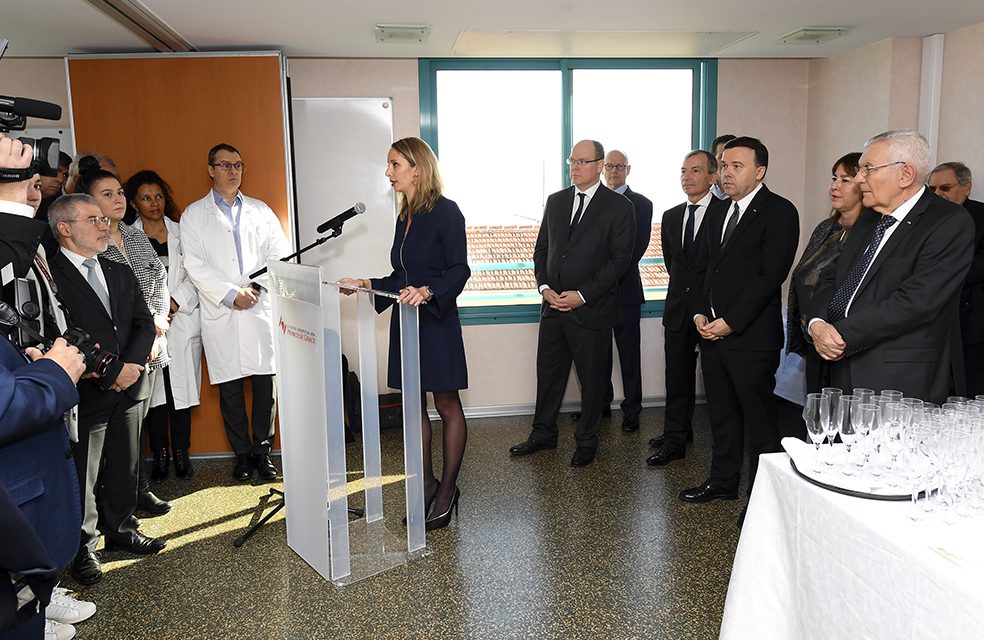 In the presence of HSH the Sovereign Prince, Benoîte de Sevelinges, Director of the Princess Grace Hospital Centre, gave an overview of the progress made during the last year while delivering her best wishes for 2020 at the hospital on Thursday, January 16.

Alongside the Prince were Serge Telle, Minister of State, Archbishop Barsi, Archbishop of Monaco, Ministers, and Stéphane Valéri, President of the National Council.

During the year there was an increase in admissions of 3.5 percent, an increase in surgical operations of two percent, while the number of check-ups increased by 20 percent. More than 80,000 patients from Monaco and the surrounding area were treated by the CHPG, and 99.4 percent of patients said they were satisfied with the care received at the hospital.

Among other achievements, the first components of the Computerised Patient Records system were implemented during the second semester. The project will continue throughout 2020 and will conclude with new services offered to patients by the end of the year.

On the Major Projects side, studies for phase 1 of the New Princess Grace Hospital Centre are coming to an end. The works were effectively relaunched by the Public Works Department. As for the New Cap Fleuri, in 2020 it will be a question of preparing the move planned for next year in the building of the future Cap 2.

The Director of CHPG concluded: “The men and women who work at the CHPG devote their medical, psychological, caregiver, financial, administrative, worker, and logistics know-how to patients with humility, discretion, and determination.”

The Sovereign Prince highlighted the beauty and nobility of the mission of the hospital staff.

While at the hospital, HSH the Sovereign Prince visited the two new medical imaging scanners, funded by the Prince’s Government: the diagnostic scanner and the scanner for interventional activity, and also the new ENT service, completely renovated in 2019.