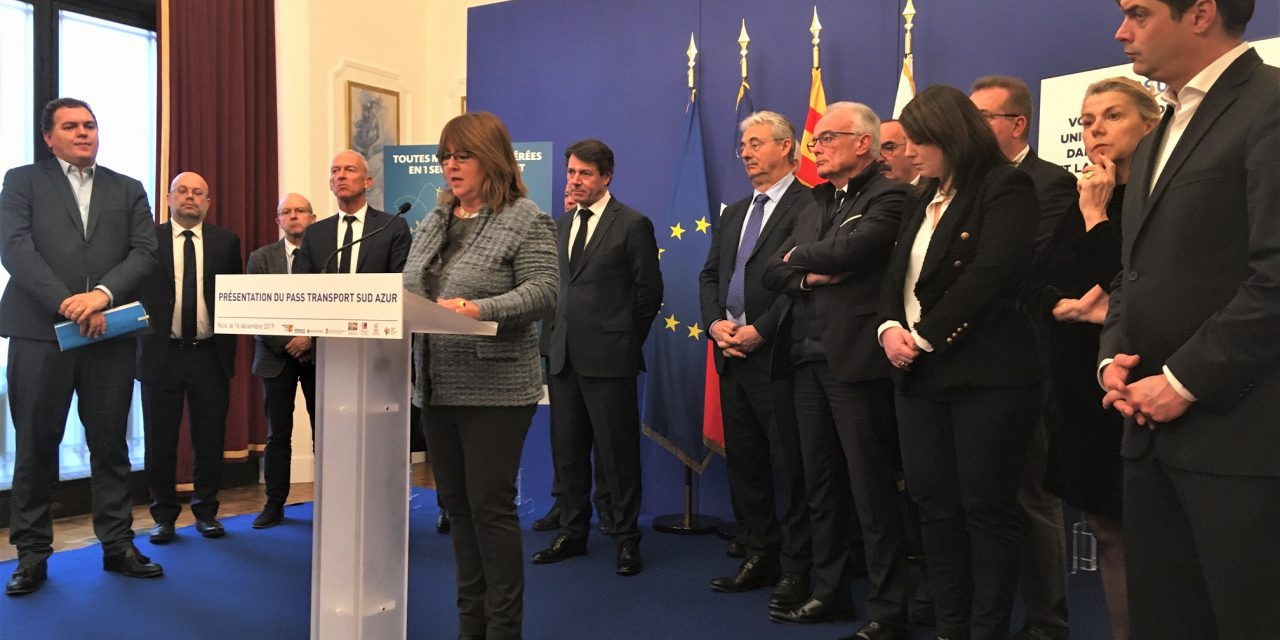 Marie-Pierre Gramaglia, Monaco’s Minister of Infrastructure, Environment and Town Planning, took part at the Nice Town Hall in the launch of the “Pass Transport Sud Azur” which will be launched on January 1, 2020, in the Alpes Maritimes department.

The new pass presents is an attractive alternative to the use of the private car; it allows the user to travel unlimited on all public transport networks (bus, train, tram) in the Alpes-Maritimes, by means of a monthly subscription at an advantageous rate since it is lower than the sum of the various subscriptions. It will include the Compagnie des Autobus de Monaco network from September 1, 2020.

Marie-Pierre Gramaglia said that “the Principality aims to reduce traffic by 2030 by around 20 percent of light vehicle traffic. In this, it encourages multimodal transfer and the train. We are committed alongside the Region, by participating in the financing of TER through an annual contribution of €8 million corresponding to approximately 50 percent of the total contribution intended for the 13,000 beneficiaries of TER fare reductions originating or ending in Monaco.”

The Minister also highlighted the bus connections: “We also encourage the use of the CARF bus lines and the regional line 100 connecting Nice to Menton via Monaco, important regular lines that we support through a financial contribution.

“Today, the Sud Azur Pass is an additional opportunity that invites everyone to use all modes of public transport with greater ease.”

Card holders can pick and choose between the zones they need.