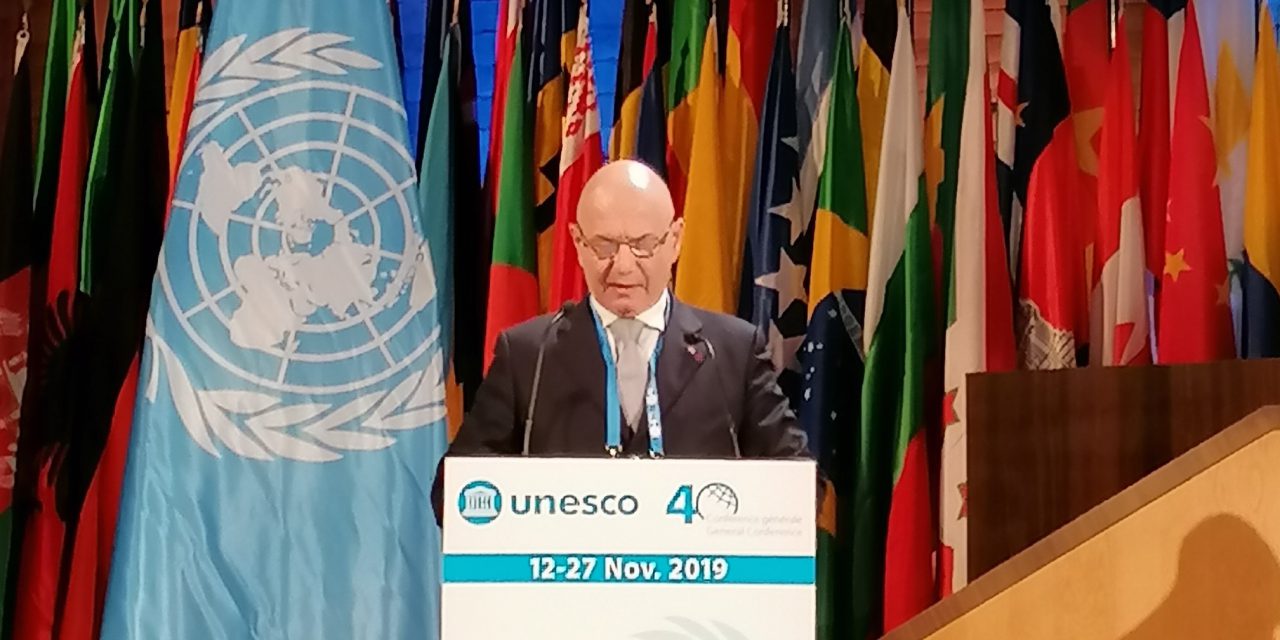 Minister for External Relations and Cooperation, Laurent Anselmi, accompanied by HE Mrs. Yvette Lambin-Berti, Ambassador, Permanent Delegate of Monaco and other members of the delegation, this week took part in the 40th session of the General Conference UNESCO, which is taking place in Paris until November 27.

Mr Anselmi delivered a speech to the Assembly, commending the crucial role played by UNESCO in promoting education for all, especially girls. He recalled the actions undertaken by Monaco in this area, including support for a project for schooling vulnerable children in Burundi, conducted in conjunction with UNESCO.

On the cultural front, Monaco renewed its support for the “Reviving the Spirit of Mosul” initiative launched in February 2018 by the Director-General of UNESCO. This project aims to support the reconstruction of the city, decimated by the occupation of Iraq, notably through the UNESCO Emergency Fund for Heritage, in which Monaco has participated since its inception.

He emphasised that the defence of the oceans remained a priority commitment for the Prince’s Government, as evidenced by the hosting of the meeting of the IPCC by Monaco last September.

Finally, emphasising that Monaco aims to become a ‘smart city’, he welcomed the adoption of a roadmap for the creation of an ethical tool in the field of artificial intelligence and encouraged the Organisation to play a pioneering role in this area.