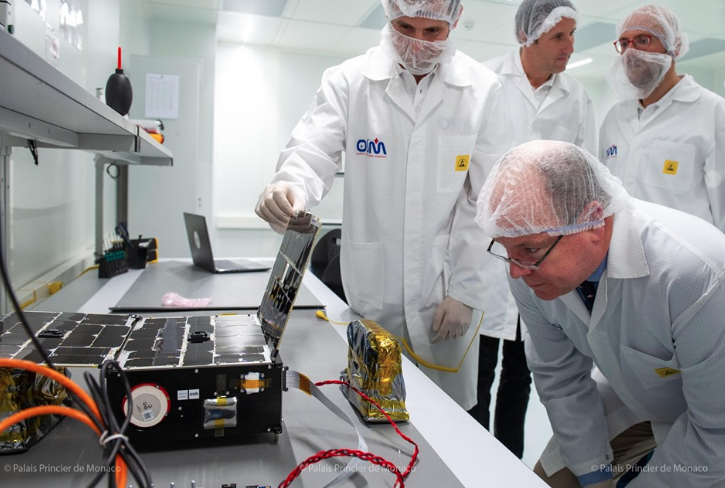 Monaco start-up Orbital Solutions has been working since July on a small satellite at its base in Fontvieille, giving the Principality its own space programme.

Francesco Bongiovanni, founder and CEO, hosted HSH Prince Albert on Tuesday, October 8, on a visit to the company’s 300 square-metre premises in the Triton building.

Bongiovanni, himself a financier by background, has teamed up with an Italian billionaire, Manfredi Lefebvre d’Ovidio, and the TYVAK company to enter the high-value nonosatellite sector. The Monaco satellite will cost a fraction of most bigger satellites. which typically cost hundreds of millions of euros. A launch is anticipated in the first quarter of next year, but to date the launch site has not been chosen. It will be necessary to hitchhike on a rocket that carries multiple satellites. “Nobody will launch a rocket just for us,” Bongiovanni told local French daily Monaco Matin.

The satellite, weighing just 15 kilos, will collect data in connection with the curvature of radio waves as they enter the atmosphere.