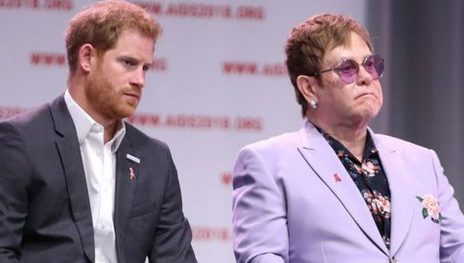 British royals Prince Harry and Meghan Markle, the Duke and Duchess of Sussex, have sparked a furious row in the UK over their use of private jets to visit the Mediterranean, taking four such flights in the space of 11 days.

Following a trip to Ibiza earlier in the month, the couple landed at Nice Airport on Wednesday, August 14, and stayed for three days with Elton John at his mansion overlooking the Promenade des Anglais, according to numerous reports. Travelling with baby Archie, they left again on Saturday on a flight arranged through NetJets.

The flights have raised British eyebrows because Prince Harry has been vocal in recent months in support of cutting down on harmful emissions. Friends of the Earth climate change campaigner Aaron Kiely told the Mail Online: “The Duke of Sussex speaks wonderful and stirring words on the environment and then he flies off on holiday to a European destination in a private jet.

“He could have taken a train and then a boat. This would have been the perfect opportunity to set an environmental example.” Buckingham Palace has declined to comment on the trip.

Meanwhile, Sir Elton told the BBC that he paid for the flights to Nice to be carbon offset. Carbon offsetting allows passengers to pay extra to help compensate for the carbon emissions produced from their flight. Sir Elton called on the press to stop the “relentless and untrue assassinations on their character that are spuriously crafted on an almost daily basis”.