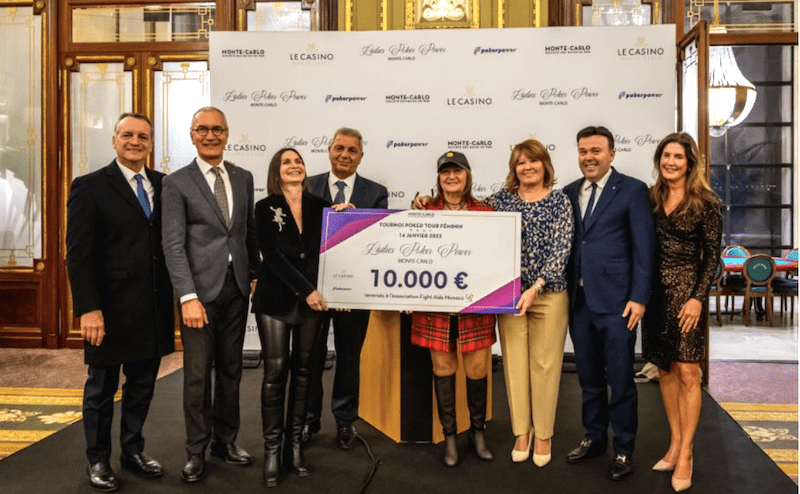 The €10,000 prize offered by Monte-Carlo Société des Bains de Mer was donated to the Association founded by HSH Princess Stéphanie. The participants, mostly novices, discovered the unsuspected qualities that this game helps to develop, SBM said.

This was the first time that a tournament was dedicated exclusively to women, an initiative of Rudy Tarditi, Director of Casinos de Monaco, supported by the Monte-Carlo Société des Bains de Mer Group, and inspired by the American Poker Power concept.

The event served a dual purpose: To make the game more widely-known-among women, and to collect funds for the association Fight Aids Monaco.

Participants took the time to train at two initiation sessions offered by the Casino de Monte-Carlo on December 10 and January 7.

“While the participants had a great time, they also met great people and took their places for the very first time at the gaming tables of the Casino de Monte-Carlo. The tournament took place in the Salle Medecin of the Casino de Monte-Carlo, a historic setting for most prestigious tournaments, from 14:00 to 18:30, in a joyful atmosphere,” SBM said.

Speaking following the event, winner Martine Elena said: “I spent an extraordinary afternoon in the presence of all of you and I am above all very happy to have contributed to the action of the association Fight Aids Monaco”.