French inflation in December eases back to 6.7% – INSEE 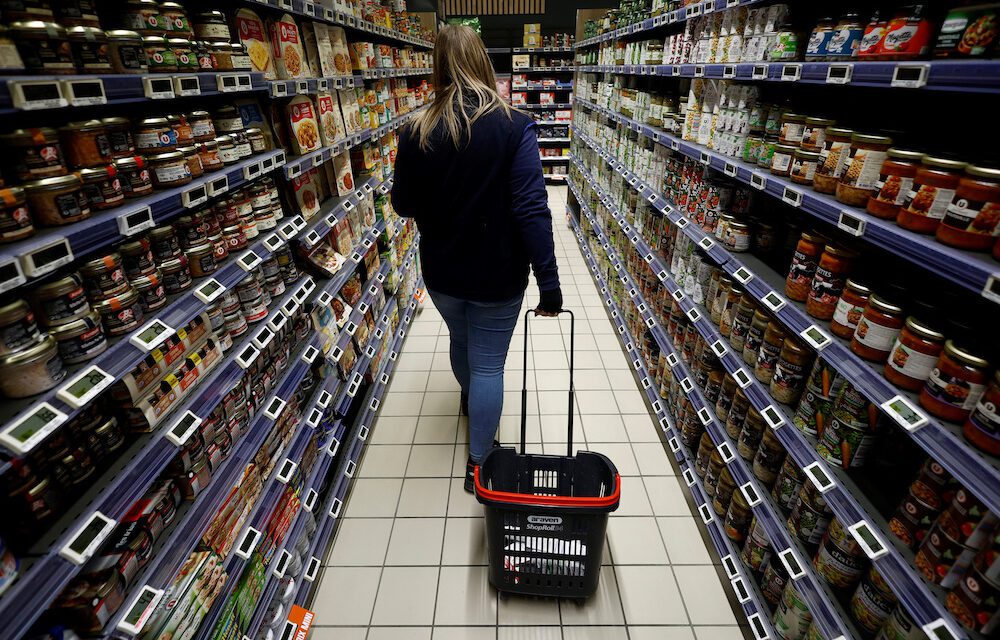 Ian Brodie with Reuters – Inflation in France fell to 6.7% in December from 7.1% in November, exactly in line with earlier preliminary inflation figures for the month, said the INSEE national statistics office on Friday.

The dip marks the latest sign that slowing energy price rises are helping Europe overcome the worst of the inflation crisis.

However, France is still wracked by political protests and strikes over the increased cost of living. The radical CGT union said it wants to bring the country to a halt on January 19 with widespread strikes. There is also resentment about the plan announced during the week to raise the retirement age to 64.

PHOTO: A woman walks with a shopping trolley as she shops in an Utile supermarket in La Verrie, France, December 9, 2022. REUTERS/Stephane Mahe