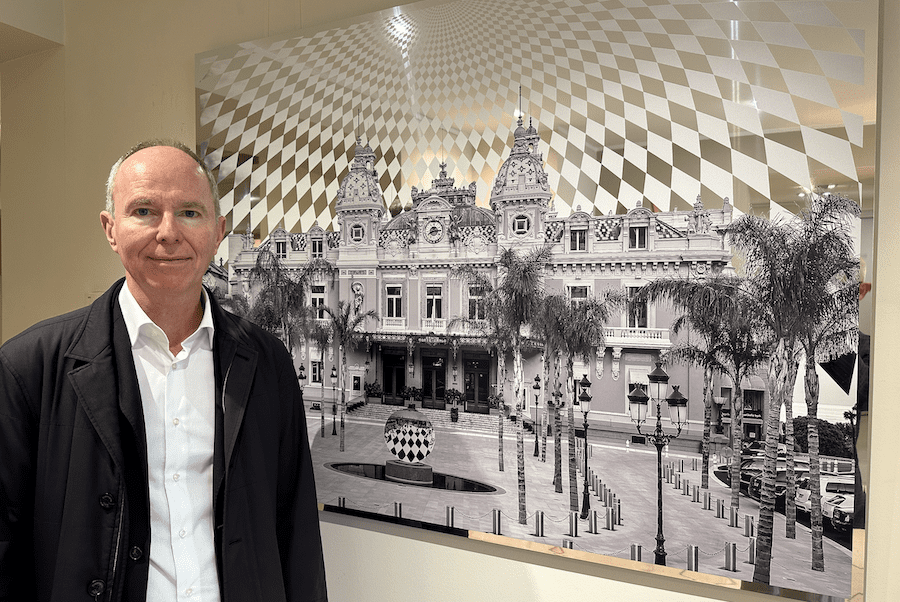 The photographic exhibition of Prince Michael of Yugoslavia at Bank Havilland in Monte-Carlo will close in a matter of weeks and is still open to the public.

Monaco resident Prince Michael has earned a sterling reputation as a gifted photographer, although he is almost entirely self-taught.

He has travelled widely in search of inspiration, but it is here in Monaco that he has made his mark. The prints at Bank Havilland, entirely and freely available for public viewing, include a series of 18 back and white studies of many of Monaco’s landmarks.

“I took them during lockdown, which is why there are so few people,” he told NEWS.MC.

His favourite (shown) is of the Casino, with a dome overlaid with a composition of heraldic lozenges as represented in Monaco’s coat of arms.

Prince Michael’s work has attracted an enthusiastic following. The bank has bought several prints, so, when the exhibition ends not all will be leaving the building on blvd. des Moulins.

PHOTO: Prince Michael and his favourite back and white print in the collection at Bank Havilland. Ian Brodie