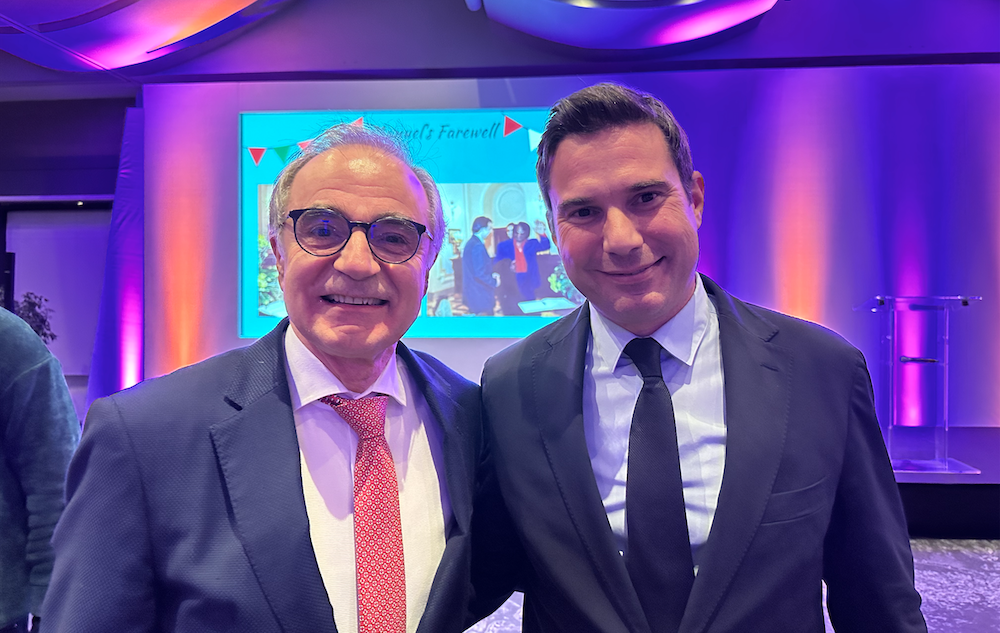 After 40 years in the hotel sector, Manuel de Vasconcelos has taken his retirement.

The event was marked with a cocktail supper at Le Meridien on Tuesday, January 10, at which his successor, Vincent Clinckemaille, was introduced.

Mr Vasconcelos has been at the helm of Le Meridien for more than ten years, and will leave an indelible mark on his departure.

In a farewell note, Ronny A Maier, Area Vice-President Western Europe and Maghreb Region for Marriott International, said that Manuel would always be part of the Marriott Family.

He told several hundred guests at the farewell event that it’s always possible to know a good hotel manager, because he will be constantly scanning the room for anything that’s not quite right.

Mr Maier said that Manuel had worked across Europe, in the US and South America, having started out as a waiter and night porter in London for £20 a week.

A great manager knows his team, knows everyone by name and knows their families, too.

Our company is so grateful. “Thank you for everything you have done,” he said.

Manuel said it was a very emotional moment for him, adding that his two favourite guests over the years had been Bill Marriott, founder of the Marriott hotel chain, and the Dalai Lama.