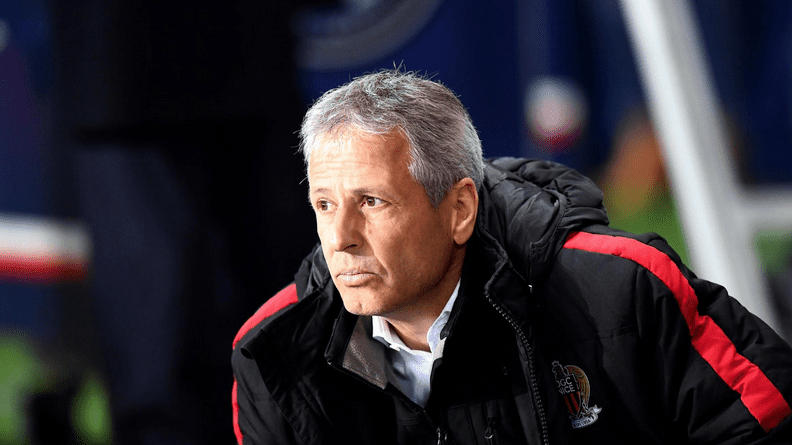 Neighbouring Nice have sacked Lucien Favre from the role of head coach after a dramatic 0-1 defeat to Ligue 3 side Le Puy-en-Velay, which led to the Niçoise early exit from the Coupe de France on Saturday, January 7.

AS Monaco suffered the same fate of being knocked out so early on in the tournament on the same evening, but in a less embarrassing fashion, as the Monegasques lost to Ligue 2 side Rodez on penalties after the match ended in a draw. Many supporters of the Principality side were quick to call for the departure of Monaco head coach Philippe Clement after the loss, but the Belgian technician finds himself in a slightly more comfortable position than that of his counterpart in the Allianz Riviera Arena on the other side of the A8.

Despite bringing in Premier League talent such as Kasper Schmeichel, Ross Barkley and Aaron Ramsey, Nice have struggled this season, slumping to 11th place in the table after 17 matches of which just five ended in a win. The defeat to a third tier team in the Coupe de France only serves to highlight the rate of their decline, as Nice played in the final of the same tournament last season.

Favre was once highly thought of at Nice, when he first took to the helm of the club in 2016 and led them to a third place finish in his first season. The Swiss manager then left for Borussia Dortmund in 2018, but returned to Nice last summer following Christophe Galtier’s departure to manage Ligue 1 giants Paris Saint-Germain.

As it stands, Monaco are comfortably ahead of Nice in the Ligue 1 table, occupying fifth place with just three points between them and the podium.  However, the Monegasques were in sixth place when the decision was made to fire then head coach Niko Kovac halfway through the 2021/22 season on January 2, 2022. The Croatian manager led the club to a third place finish in Ligue 1 in the previous season, and also managed to reach the Coupe de France final in that same season.

With such high standards taken into consideration, Clement might be needing a win against Lorient on Wednesday more than the club itself.