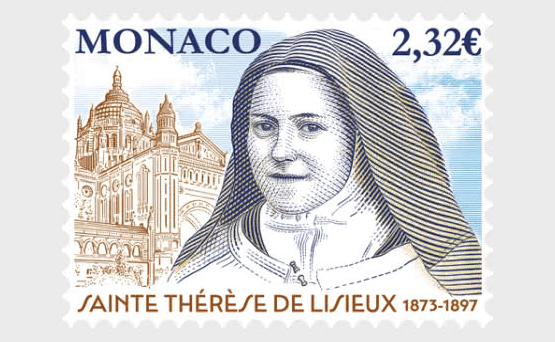 Born on January 2, 1873 in Alençon, Thérèse Martin arrived in Lisieux with her family following the death of her mother. She became a nun when she entered the Carmel of Lisieux at the age of 15 and reached, despite her extreme youth, the high peaks of mystical life.

Before dying at the age of 24, she would write her religious message in a book called The Story of a Soul. Extraordinary worldwide devotion followed the publication of her writings and Sainte-Thérèse of Lisieux became one of the most famous saints in the world.

She was beatified in 1923, canonised by Pius XI in 1925 under the name of Saint Thérèse of the Child Jesus and the Holy Face, and two years later proclaimed Patroness of the Missions. In 1997, for the centenary of her death, Pope John Paul II declared Saint Thérèse a Doctor of the Church.