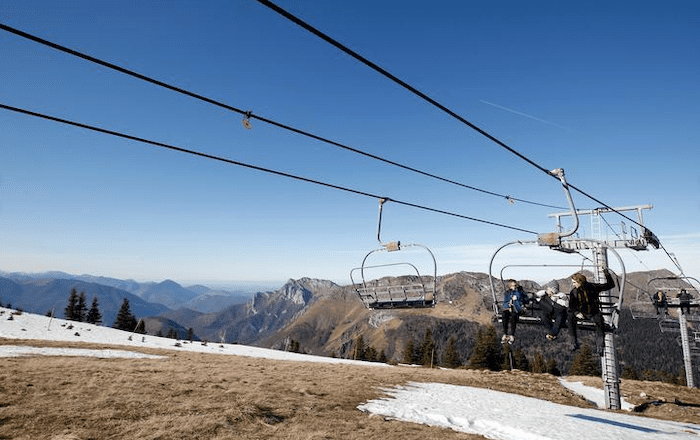 Unusually high temperatures across much of Europe have left many French ski resorts without snow, even at higher altitudes.

More than 50 percent of French slopes are currently closed due to the crisis, while Swiss, Austrian and Italian resorts have also suffered.

Heat records were broken in several European countries on the first weekend of the year. In Warsaw, the temperature reached 18.7C, easily surpassing the previous January record of 5.1C. Records were smashed in many parts of France and Bilbao recorded a high of 25.1C.

In Switzerland, the Adelboden slopes have been bad hit ahead of planned World Cup skiing events next weekend. The event will now be held on 100 percent artificial snow, course director Toni Hadi said.

This year’s ski season is the first for three years with no restrictions due to coronavirus and meteorologists are warning that skiing in the Alps will soon be a thing of the past.

At Courchevel 1850, the snow line is forecast at 1600m for Wednesday, January 4, freezing overnight on Tuesday (-2) and an afternoon high of 4. Limone Piemonte is open.

Perhaps the only bright side to the high temperatures is the fact that war-torn Ukraine is not yet suffering from bitterly cold weather. The high in Kyiv on Tuesday was 10C, while further east the thermometer reached 8C, much higher than the seasonal average.