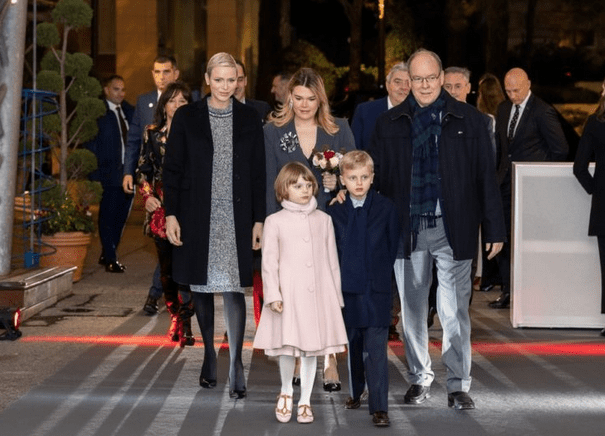 The Monaco Red Cross celebrated 40 years of the presidency of HSH Prince Albert with a convivial evening under the marquee of Fontvieille.

TSH Prince Albert and Princess Charlene accompanied by Prince Jacques and Princess Gabriella, and Camille Gottlieb, member of the Board of Directors of the Red Cross responsible for Youth, were welcomed by Mr Pierre Dartout, Minister of State, Mr Frédéric Platini, Secretary General of the CRM, and Mrs Bettina Ragazzoni-Janin, Treasurer General of the CRM.

Nearly 320 people were waiting for them to discover together a retrospective in images from December 17, 1982, the date on which Prince Albert II became President of the CRM, until today.

The Sovereign Prince gave a very touching speech in which he warmly thanked all the partners and donors without whom nothing would be possible.

The Prince was thanked for His unfailing commitment over 40 years with a superb high-end watch personalised and made unique from the house of Jaquet Droz. On the edge of the case are engraved these words: Monegasque Red Cross – 2022 – 40 years of Presidency.

His children also offered their own gift, a beautiful framed photo with the 40th anniversary logo, and on the back Their drawings where we can read: “Bravo Papa”.