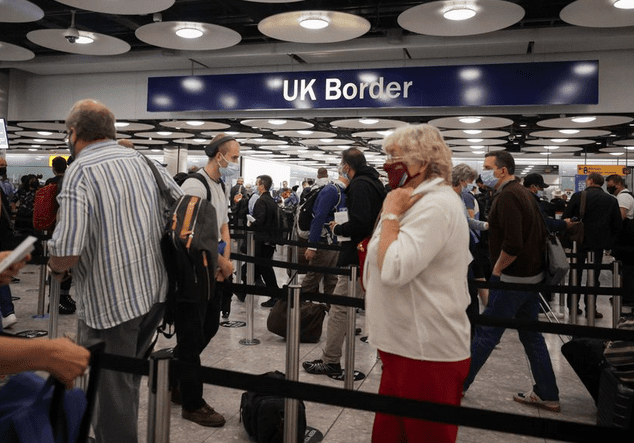 As several strikes take place in the UK in the run-up to Christmas and beyond, the French government has warned travellers to expect long delays at airports and Eurostar terminals.

“Strikes by British Border Police officers will take place between December 23 and 31, 2022. They could last beyond the New Year. Long queues are expected at London (Heathrow and Gatwick), Birmingham, Manchester and Cardiff airports for travel document control formalities. Travellers are invited to frequently consult government websites and those of airlines, in order to find out about the evolution of the situation and the arrival time at the airport which is recommended so as not to miss their flight. Strikes in the rail transport sector continue (between December 24 and 27, then January 3, 4, 5 and 7, 2023). In particular, they have resulted in the cancellation of many Eurostar trains. Travellers are invited to regularly consult the Eurostar website,” the website says, in French. https://www.diplomatie.gouv.fr/fr/conseils-aux-voyageurs/conseils-par-pays-destination/royaume-uni/

In addition to strikes affecting travellers, UK NHS nurses are striking on Tuesday, December 20, and ambulance drivers will also strike on Wednesday, December 21. There have been warnings to avoid activities that raise the risk of accidents and friends and relatives of the elderly have been asked to check on the more fragile. Ambulance service workers have warned that anyone falling at home may have to wait one or two days for help to arrive.

Royal College of Nursing general secretary Pat Cullen said: “Nursing staff have had enough of being taken for granted, enough of low pay and unsafe staffing levels, enough of not being able to give our patients the care they deserve.”

The government has expressed its unwillingness to negotiate any salary increases beyond those already offered.

One of the worst days for disruption will be Friday, December 23, when Royal Mail postal workers will strike, joined by Eurostar security staff and Border Force staff at Gatwick, Heathrow, Manchester, Birmingham, Glasgow and Cardiff airports. A nationwide rail strike starts at 18:00 on December 25.

Over the weekend the UK government asked Virgin and BA to limit the sales of tickets to UK destinations.