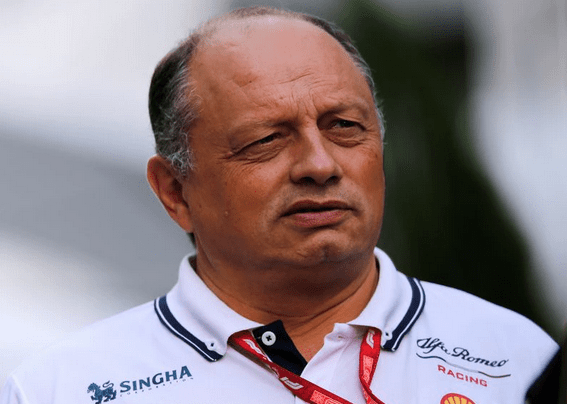 With just two weeks left in the year, a new Formula 1 silly season is upon us, as an unprecedented four out of 10 teams have seen changes at the helm in a game of musical chairs that has lasted several days. Following the departure of Mattia Binotto from the top of the Scuderia, Ferrari have appointed Fred Vasseur as Team Principal, with the Alfa Romeo boss and Sauber Motorsport CEO replacing Binotto from January, 2023.

Having led Alfa Romeo to a sixth place finish in the constructors championship, the best result in a decade, Vasseur was the first choice to replace Binotto. Following weeks of discussion, the Frenchman decided to end his six-year tenure at Sauber and join Ferrari.

54-year old Vasseur brings with him more than two decades’ worth of motorsport experience, but his history and relationship with Charles Leclerc cannot be overlooked. Leclerc raced for ART Grand Prix, the junior team Vasseur co-founded, on his way to the GP3 and Formula 2 titles. The Monegasque then got his start in F1 with Vasseur’s Sauber team in his debut season in 2018.

Many now speculate that Vasseur’s appointment at the reigns of the prancing horse may lead to Leclerc becoming Ferrari’s number-one driver, as opposed to the equal status that Leclerc and Carlos Sainz shared throughout the last two seasons. A strategy change that might make sense in light of Leclerc’s legitimate title challenge in the first half of the 2022 season.

Speaking on his step up to the biggest job in motorsport, Vasseur said “I am truly delighted and honoured to take over the leadership of Scuderia Ferrari as Team Principal. As someone who has always held a lifelong passion for motorsport, Ferrari has always represented the very pinnacle of the racing world to me. I look forward to working with the talented and truly passionate team in Maranello to honour the history and heritage of the Scuderia and deliver for our Tifosi around the world.”

Vasseur’s departure from Alfa Romeo has left an opening which has already been accounted for. With Audi’s takeover of the Swiss team looming, talks began with McLaren Team Principal Andreas Seidl about a reunion with the Volkswagen Group. The German worked for Audi’s sister brand Porsche, where he won the Le Man 24 Hours race three times.

Seidl’s first task as the Sauber Group’s CEO will be to find a new Team Principal. Meanwhile, McLaren have wasted no time in announcing their replacement Team Principal, with the Woking-based team searching within for the suitable individual. McLaren Executive Director of Racing Andrea Stella has been promoted to the role of Team Principal for the upcoming 2023 season.