British Association gets together for Christmas lunch 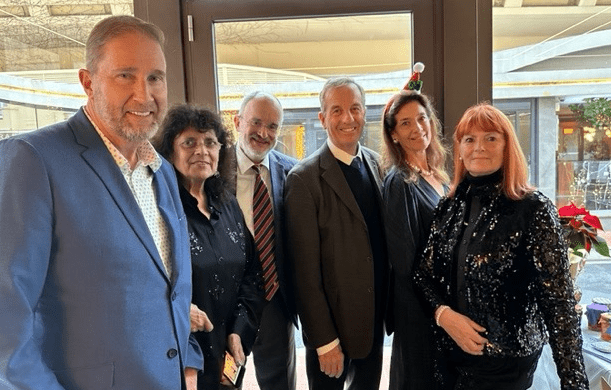 A take on a traditional British Christmas menu was served at the Pulcinella restaurant, which was full and merry, on Tuesday, December 13.

British Association of Monaco members get together at least once a month for “The Drink” and one other event organised by the Events Team.

As one of the longest-running associations in Monaco – BAM was established in 1935 – it warmly welcomes English speakers of all nationalities living in Monaco and around.

“Despite people thinking Monaco is for the rich, there are many British residents who live on their pensions and need some financial help.  BAM is there to give support, both moral and financial and there is a team of volunteers who make regular hospital visits.  These are a vital part of the association.  BAM is the only association that supports its residents in this way,”  said Vanessa Ilsley, BAM’s vice president, for NEWS.MC.

Forthcoming events include The Drinks at Star’n’Bars on January 12 and Burn’s Night at the Fairmont Hotel on January 25, and already plans are in place for the hugely-anticipated Coronation of King Charles III in May.