THIS WEEK IN MONACO from DECEMBER 13 to DECEMBER 19 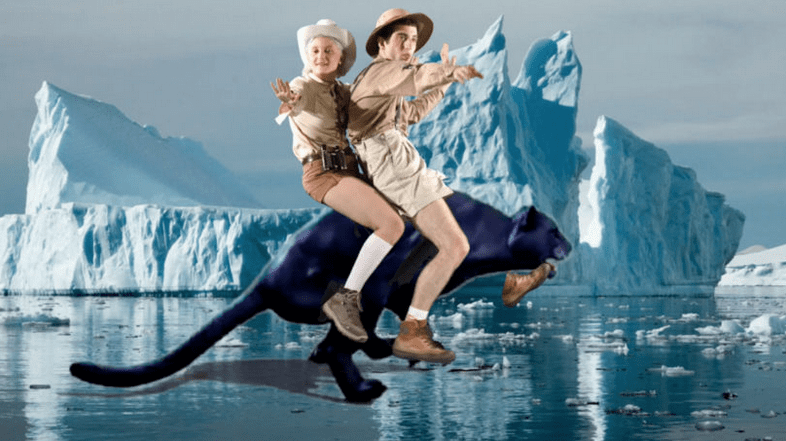 The Dead – The Art of the Cinema

The Audiovisual Institute of Monaco presents a 1987 drama film directed by John Huston, written by his son Tony Huston and starring his daughter Anjelica Huston. It is an adaptation of the short story of the same name by James Joyce, which was first published in 1914 as the last story in Dubliners. An international co-production between the United Kingdom, the United States, and West Germany. The film was Huston’s last as director, and was released several months after his death.

On Tuesday, December 13, at 20:00 at the Théâtre des Variétés. Discover more at the Tout l’art du cinéma website.

Igra echoes Nijinsky’s Games with a host of nods to the 1913 ballet in which young people hunt for tennis balls in a park at twilight. As is customary with Kor’sia, visual power plays a crucial role in the musical and theatrical choices that make this Madrid-based company one of the most innovative on the contemporary stage.

On Wednesday, December 14, at 19:30, at the Grimaldi Forum Monaco. Discover more and book your ticket at the Ballets de Monte Carlo website.

A joyful and crazy mix between rock, r and b, synth pop, and between violence and tenderness at the Indigo, Grimaldi Forum on Thursday night. Free entry, book your table at +377 9999 3000, from 18:30 DJ aperomix – 20:30 live concert. Discover more at the Grimaldi Forum website.

The Drama Group of Monaco will be performing John Morley’s pantomime adapted from the fairy tale “Goldilocks and the Three Bears” on December 15 at 20:00 at the Théatre des Variétés in Monaco. Places are bookable online or by telephone (33) 7 85 33 07 74.  Read more about the only English-language drama group in Monaco here.

The Philosophy Society – Les Rencontres Philosophiques de Monaco – organise a debate on Love, in French, introduced by Raphael Zagury-Orly with Paul Audi, Sarah Chiche and Yannick Haenel. On Thursday, December 15, from 19:00 to 21:00 at the Théâtre Princesse Grace. Discover more at Philomonaco website.

From the Greek ‘soma’ (body) and the Latin sonum (sound), Sonoma is the sound of a falling body, the rage felt by humans certain that they are alive and awake… Following the success of Siena, presented at the Monaco Dance Forum in 2014, Marcos Morau and the Compagnie La Veronal are returning to the Principality with a punchy new performance.

On Friday, December 16, at 19.30 at the Grimaldi Forum. Discover more and reserve your ticket at the Ballets de Monte Carlo website.

Works by Lassus, Tallis, Byrd, Palestrina, and others, performed by La Chambre, conducted by Jean-Sébastien Beauvais. Organised by the Department of Cultural Affairs in collaboration with the Diocese of Monaco. On Friday December 16, at 20:00 at Monaco Cathedral. Free entry.

Christmas Holidays Entertainment at the Oceanographic Museum offers five new thematic areas: from the discovery of poles to the wildlife they shelter in passing trough the humans that populate them and explore them. The iconic IMMERSION room takes you to the the poles by offering you the experience of life and interaction with bears, belugas or even penguins in six different scenarios. You will be up most close to the animals and propelled to the heart of the poles! The programme continues till January 2023.

Two ballets that celebrate rites of passage. Noces (2003) is a story about marriage, from the emotional deflagration of the wedding to the aftermath of the festivities and the return from chaos to order. Meanwhile, Opus 40 (2000), a freeform ballet without a narrative structure, is an ode to youth that invites us to step back into our childhood imagination and renew acquaintance with lost sensations, and the first stirrings of the flesh. Choreography: Jean-Christoph Maillot.

On Saturday, December 17, at 19.30 and Sunday December 18, at 15:00, at the Grimaldi Forum Monaco. Discover more and reserve your tickets at Ballets de Monte Carlo website.

Bach, Webern and Beethoven are performed by Polish pianist and composer Piotr Anderszewski on Saturday, December 17 at 20:00 at the Auditorium Rainier III. Discover more and reserve your ticket at OPMC website.

West Side Story -The Art of the Cinema

Dance and cinema – West Side Story by R. Wise and J. Robbins (1962). With its stunning choreography, frenetic pace, and visual beauty, the world’s best-known musical is a story about the grandeur of tragedy. Organised by the Audiovisual Institute of Monaco, in partnership with the Ballets de Monte-Carlo. On Sunday, December 18, at 11:00, at the Grimaldi Forum Monaco. Discover more here.

With Peter Szüts and Pierre Debat (conducting), the Musicians of the Monte-Carlo Philharmonic Orchestra, and the Petits Chanteurs de Monaco. Music by Mozart, Handel, and traditional Christmas songs. On Sunday December 18, at 18:00 at the Monaco Cathedral. Free entry. Discover more on the OPMC website.

Orientalist painting and the quest for alterity – Lecture

The Monegasque Association for Appreciation of the Arts is pleased to present five lectures forming the “Thirst for Adventure” cycle – “Orientalist painting and the quest for alterity (otherness)” by Serge LEGAT, art historian and lecturer at the Institut d’Études supérieures des Arts. On Monday, December 19, at 18.30 at the Théâtre des Variétés. Discover more here.

The immersive exhibition includes corridors marked with autographs, reconstructions of dressing rooms, and some exclusive, never-before-seen content on stars who have performed in Monaco. It is also an opportunity to discover music from the ‘inside’.

Visitors will be able to listen to guitars vibrating to the sound of iconic riffs, enjoy an astounding and unique version of the famous song ‘My Way’, experience the feelings of being onstage as well as learning the ties that bind Ella Fitzgerald and Alicia Keys, or what Céline Dion, Mariah Carey and Josephine Baker have in common. Monaco Onstage – 100 ans de concerts à Monaco – promises a musical and visual experience like no other. Until Saturday December 31, from 13:00 to 19:00 at Salle d’Exposition du Quai Antoine Ier. Free admission, tours with commentary (information available on site). Closed December 25, 2022.