The world of sport supports Ukraine in Monaco 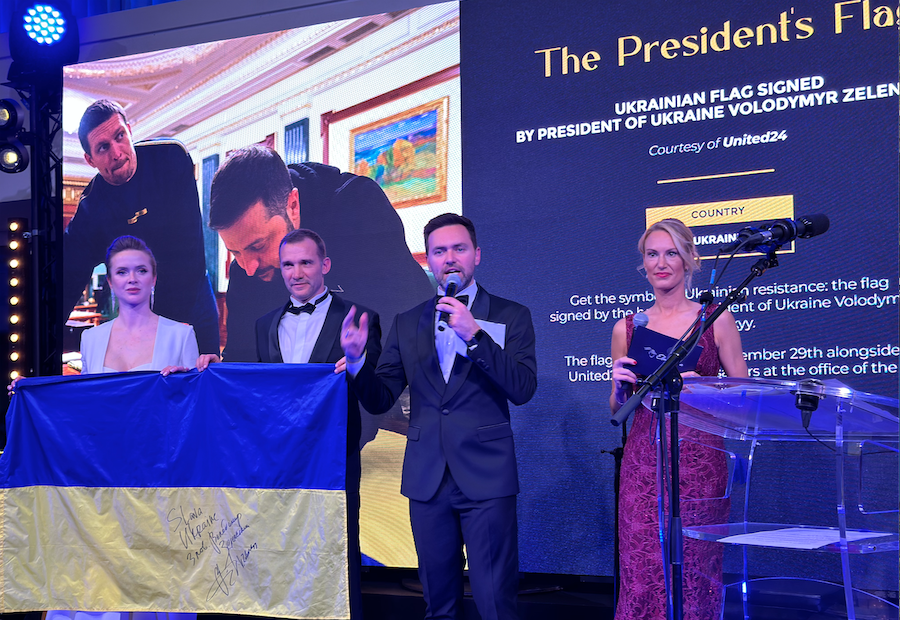 Elina Svitolina is the most famous tennis player in the history of Ukraine. With a career-high ranking of World No. 3, Elina started her foundation in 2019. Its aim is to identify and support young top talents for the future of Ukrainian tennis, but the large-scale invasion of Ukraine in February 2022, saw the Elina Svitolina Foundation reorient its activities to provide emergency assistance to young tennis players and their families fleeing the conflict.

“This evening organised under the Patronage of Prince Albert II is an opportunity to remind everyone once again that the war continues,” said Elina Svitolina. “My goal is to gather those who support Ukraine and find new friends and partners for my Foundation, which works both to support talented children and to develop tennis. The team and I firmly believe in victory and are already thinking about the post-war restoration of the sports infrastructure. Young talents who fled the country because of the war should know that they will soon be very welcome at home.”

Elina, who lives between Geneva,Monaco and Odessa told the audience that when the war broke she discovered she was expecting her first baby. The saddest news from Ukraine was mixed with her own determination to bring her child to a much better world. Her daughter Skaï was born only six weeks ago but Elina, ever a champion, stays very much focused on her fundraising efforts.

The fund-raising auction continued throughout the evening and raised more than 170,000 euros. The prizes included sports memorabilia donated by the athletes, tickets to the Monte Carlo Rolex masters and Wimbledon finals 2023, an invitation for the iconic Venetian masquerade – one of the most exclusive events in the world, a coaching lesson by ‘The Coach’ Patrick Mouratoglou, who coached Serena Williams for seven years. Rafael Nadal couldn’t make it but sent his signed trainers he wore at his last match.

HSH Prince Albert contributed to the auction by donating a watch from his personal collection, designed especially for space explorers. The Omega Speedmaster Skywalker X33 raised 12,000 euros and went to the highest bidder, nine year-old Quintin Hoffmann from Switzerland.

Elina and Andreiy Schevchenko are also ambassadors of President Zelenskyi’s initiative United24 launched by the President as the main venue for collecting charitable donations in support of Ukraine.

Together they appealed to the audience during the auction for much-needed generators for hospitals. Shevchenko shared his story of witnessing how doctors now operate on children using flashlights from telephones. The Ukrainian flag and Zelenskyi’s hoodie, both symbols of the resistance and both signed by the president, raised almost 60.000 euros.

“No matter what the future brings, I will continue to help talented children and those who were displaced. I dream of building the best tennis I can in Ukraine and creating professional conditions for young Ukrainian tennis players. For those who will return home after the victory”, said Svitolina: “Dreams will never die even in the most difficult of circumstances.”