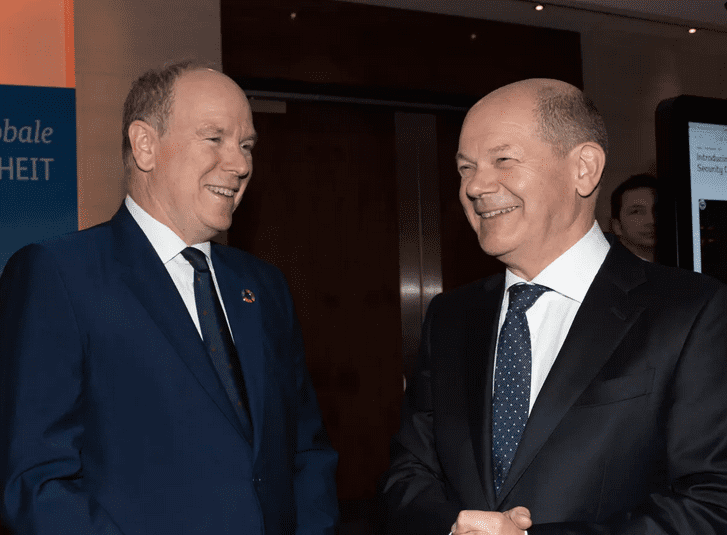 HSH Prince Albert was in Düsseldorf on Friday afternoon to accept the Honorary Prize for Sustainable Development, awarded to the sovereign by Professor Antje Boetius, a specialist in geomicrobiology and a leader in scientific research in marine and polar environments.

Germany’s Chancellor Olaf Scholz was present to hear the Sovereign Prince say: “This Prize takes on special significance for me in this country which has so often been a forerunner in terms of environmental protection.”

The Prince expressed his thanks to the associations and institutions that have helped him to carry his convictions for years, with the Prince Albert II Foundation in the lead.

Of scientific researchers he said: “Without them, without their work in the shadows, often thankless, we would know nothing, we would understand nothing, we could do nothing.” Prince Albert stressed the importance of working more together on a global scale to build “a truly sustainable living environment for its inhabitants today and for future generations”.