Men and boys invited to take part in anti-violence campaign 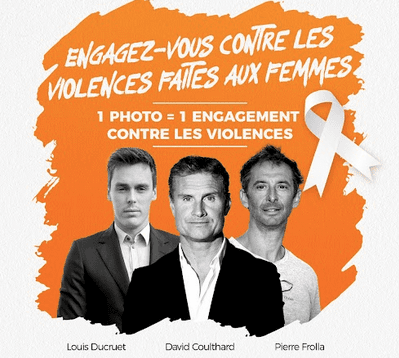 To mark the International Day to End Violence against Women on 25 November, the associations Fight Aids Monaco and SheCanHeCan, with the support of the Monaco Government’s Committee for the Promotion and Protection of Women’s Rights are organising on Thursday, November 24, an interactive and participative event aimed at men and boys to highlight their
role in ending violence against women.

A stand held by the associations will be installed in the Commercial Gallery of Fontvieille, from 10.00 to 18.00 and men and boys are encouraged to come to have their pictures taken along with a powerful message of support.

Represented by the ambassadors Louis Ducruet, Pierre Frolla and David Coulthard, the aim of the day is to collect over 200 portraits of men standing up against violence against women. Every man will choose the message he wants to convey, such as “A real man doesn’t hit a woman” or “I say NO to violence against women”. The participants will also be invited to take a Pledge for Equality, in the form of an action to do daily, for example “I pledge to speak about this experience with my family or friends”.

This initiative, launched in 2019, aims to encourage the local population to act daily to make equality a reality.

The portraits will be visible on the websites and social media accounts of Fight Aids Monaco, SheCanHeCan and the Committee for the Promotion and Protection of Women’s Rights at the end of November. Portraits of men and boys will also be visible
on ClearChannel throughout the Principality on 25 November.

This year, this initiative is made possible through the support of the Committee for the Promotion and Protection of Women’s Rights, the Barclays Bank and VMV.