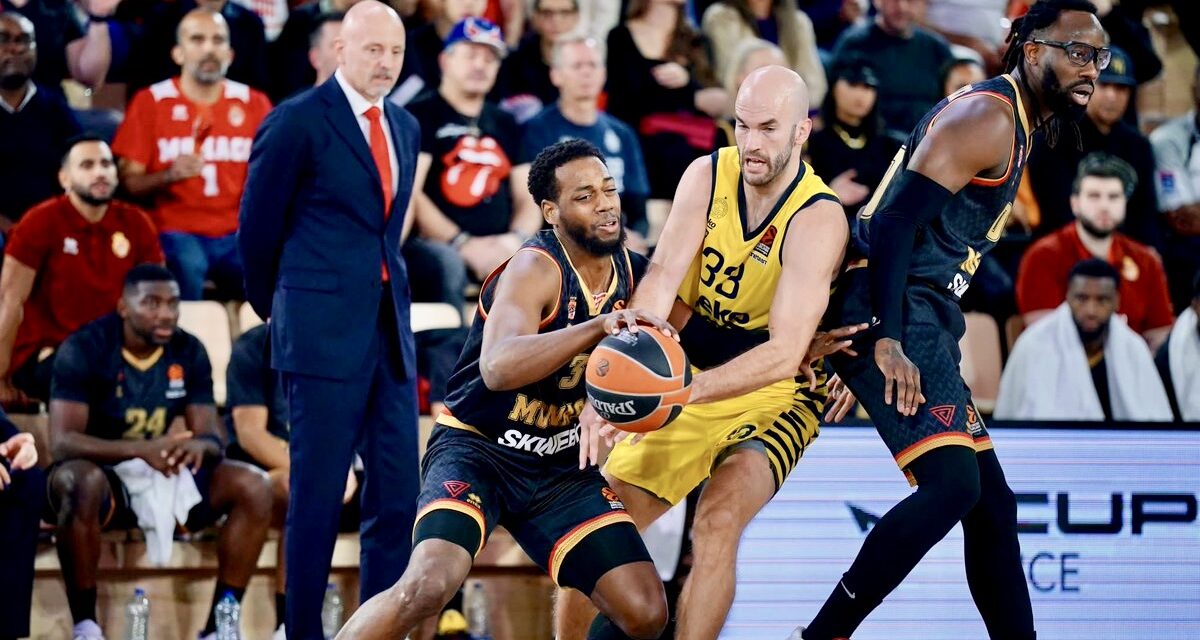 Following a defeat in the French LNB to Limoges in the Salle Gaston Medecin on the previous Sunday, the Roca Team were yet again unable to find a win at home, albeit this time against EuroLeague leaders Fenerbahce on Tuesday, November 22.

With the most wins in the European championship so far, Fenerbahce are the toughest opponents that Sase Obradovic and his men have faced yet, and the Monegasques put on a fight in front of their home supporters.

However, the Turkish visitors were able to maintain an edge over the hosts, and ended the third quarter with a considerably large lead of 19 points with the scoreline standing at 60 to 79.

To the excitement of the red and white supporters in the stands of the Salle Gaston Medecin, the Roca Team managed to get back in the game and severely cut into their visitors’ long lead. A clean three pointer from beyond the perimeter and some slick offensive play in the paint from Alpha Diallo and Elie Okobo spurred the hosts on in the fourth quarter, and magically the two teams were neck and neck again. With just 20 seconds to go the score stood at 91-92 to the visitors.

The scoreline remained narrow at 93 to 94 points with seven seconds left in the game, but Fenerbahce managed to score two more to seal the deal and take victory from the hosts.

After a stressful four quarters for home supporters, the Roca Team must move on from the loss and look ahead to hosting German side Bayern Munich in Monaco again just two days later, on Friday, November 25.