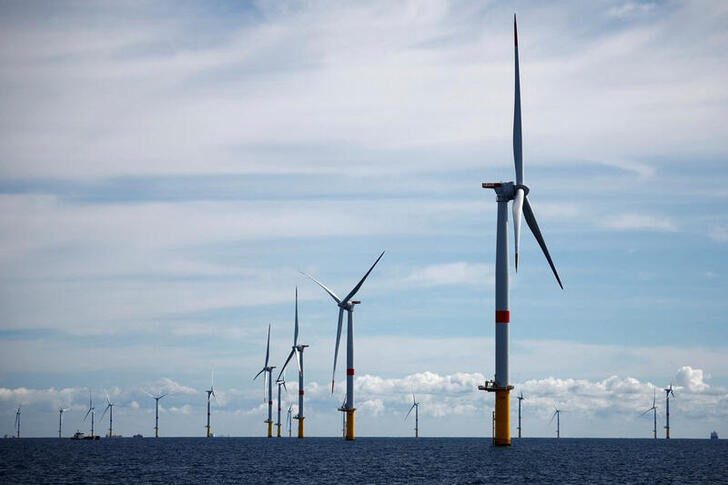 The Saint-Nazaire wind farm, situated off the coast of Brittany in northwestern France, consists of 80 turbines and will provide clean energy to power the equivalent of 400,000 homes annually, or 20% of the Loire-Atlantique region’s electricity consumption.

The project is co-owned by EDF Renewables and EIH Sarl, a subsidiary of Canada’s Enbridge Inc, and CPP Investments.

Enbridge, best known for its North American oil pipeline network, is a partner in three other French wind projects currently under construction.

The Saint-Nazaire project took 10 years to complete. In September, French President Emmanuel Macron visited the site and vowed to cut red tape to halve the time it takes in France to get renewable projects off the ground.

Earlier this year, Macron said he wants France to have about 50 offshore wind farms by 2050.

Wind turbines are seen at the Saint-Nazaire offshore wind farm, off the coast of the Guerande peninsula in western France, September 30, 2022. REUTERS/Stephane Mahe/File Photo