Conflict in Europe reminds us of terrible costs of war 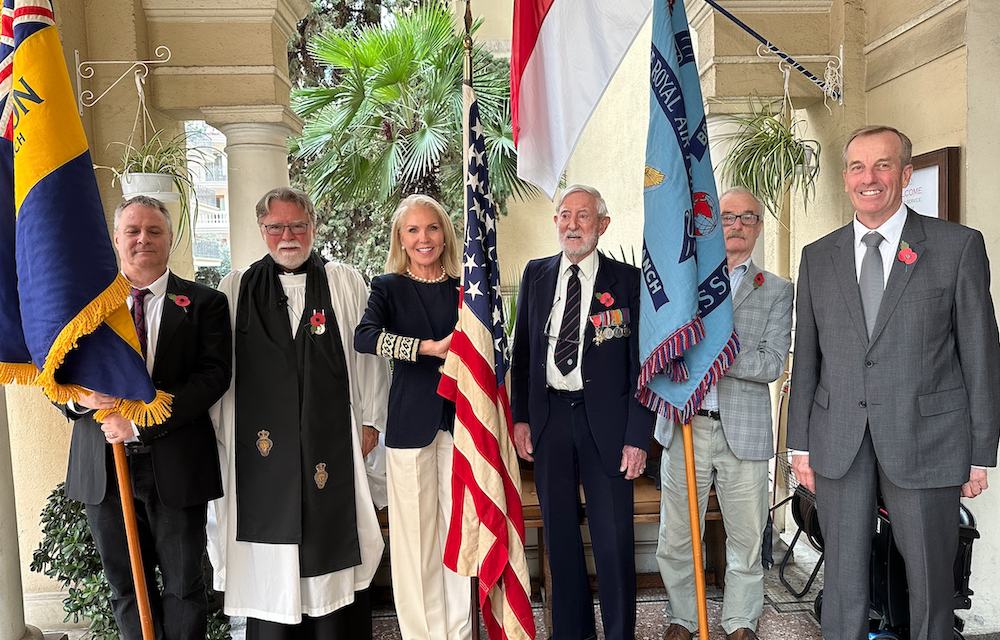 Rev Willis, himself a former long-serving member of the Royal Air Force, spoke in his sermon of the terrible human costs of conflict, and the terrible reminder of these as the war continues in Ukraine. He mentioned, too, the irreparable cost in terms of ruined schools, libraries, churches, theatres and other institutions that constitute the fabric of a country.

He led a prayer for peace in Ukraine: “We pray for peace and the laying down of weapons… We pray for those with power over war and peace… Above all, we pray for all your precious children, at risk and in fear, that you would hold them and protect them…”

Commander Michael Healy RN MBE, Chairman of the Nice and Monaco branch of the British Legion, reminded the congregation of the ultimate sacrifice of those who laid down their lives in previous conflicts: They shall grow not old, as we that are left grow old: Age shall not weary them, nor the years condemn. At the going down of the sun and in the morning, We will remember them.*