France and Italy fall out big-time over migrant ship 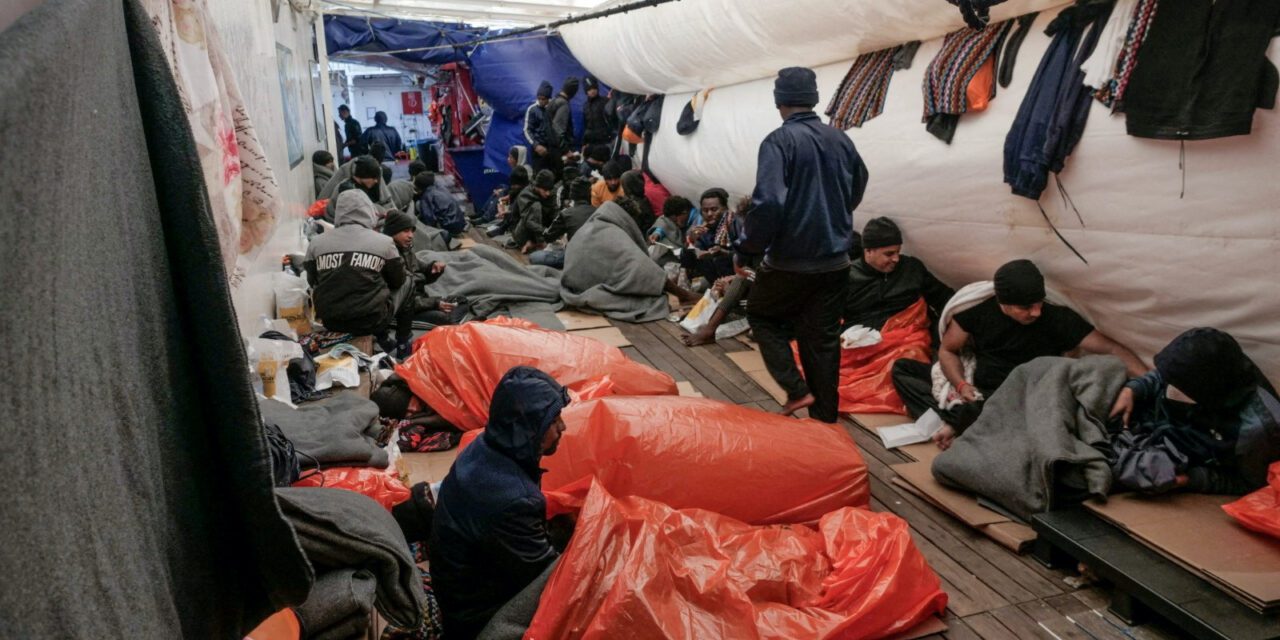 By Dominique Vidalon and Marc Leras

PARIS (Reuters) – France said on Thursday it will allow an NGO ship carrying over 200 migrants rescued in the Mediterranean to dock at the port of Toulon, following tense exchanges with Italy, whose attitude the French government harshly criticised.

Immigration is a hot-button issue in both countries, and Interior Minister Gerald Darmanin said Italy’s rightist government’s ban on the boat, which had been stuck off Italy for days, was “incomprehensible” and “selfish”.

“In this context, France decided on an exceptional basis to make up for the Italian government’s unacceptable behaviour and to invite the ship to come to the military port of Toulon,” Darmanin told a news conference.

There were 234 people on board, including 57 children. France will welcome about a third, Germany another third and the rest will be shared out among other EU countries, Darmanin said, stressing that those who do not qualify for asylum would be expelled.

The ship was on Thursday sailing by the French island of Corsica, the MarineTraffic tracker app showed, but had been close to Italy before that. It was set to arrive in Toulon on Friday.

“There is no doubt that it (the Ocean Viking) was in Italy’s research and rescue zone,” said Darmanin, saying “there will be extremely strong consequences on the bilateral relationship.”

To start with, France will not take in some 3,000 migrants who had arrived in Italy and which he said Paris had previously agreed to take in. It will also reinforce controls at its borders with Italy.

The Italian government did not immediately respond to a request for comment. But Italy and Spain, where most of the migrants crossing the Mediterranean by sea arrive, have long said that others, including France, must do more to help.

The question of how to handle immigration in the largely border-free European Union has been a source of tensions for years, but France’s very open and harsh criticism of Italy on Thursday is more unusual.

“France very deeply regrets that Italy has decided not to behave like a responsible European state,” said Darmanin, who called for an EU meeting to discuss immigration and Italy’s attitude.

A total of four charity ships carrying around 1,000 migrants had been stuck off Italy in recent days, with the government urging flag states Germany and Norway to take charge of them.

Three eventually docked in Italy. Ocean Viking was the fourth.

Meloni’s government has accused charity ships of acting as a de-facto taxi service for migrants seeking a better life in Europe and threatened them with fines.

With French politics veering to the right, and the far-right National Rally (RN) the second biggest-group in the lower house of parliament, President Emmanuel Macron’s centrist government is also under pressure on immigration.

The far-right was quick to react to the decision to let the Ocean Viking dock, with Marine Le Pen tweeting that he was being “dramatically” soft on immigration.