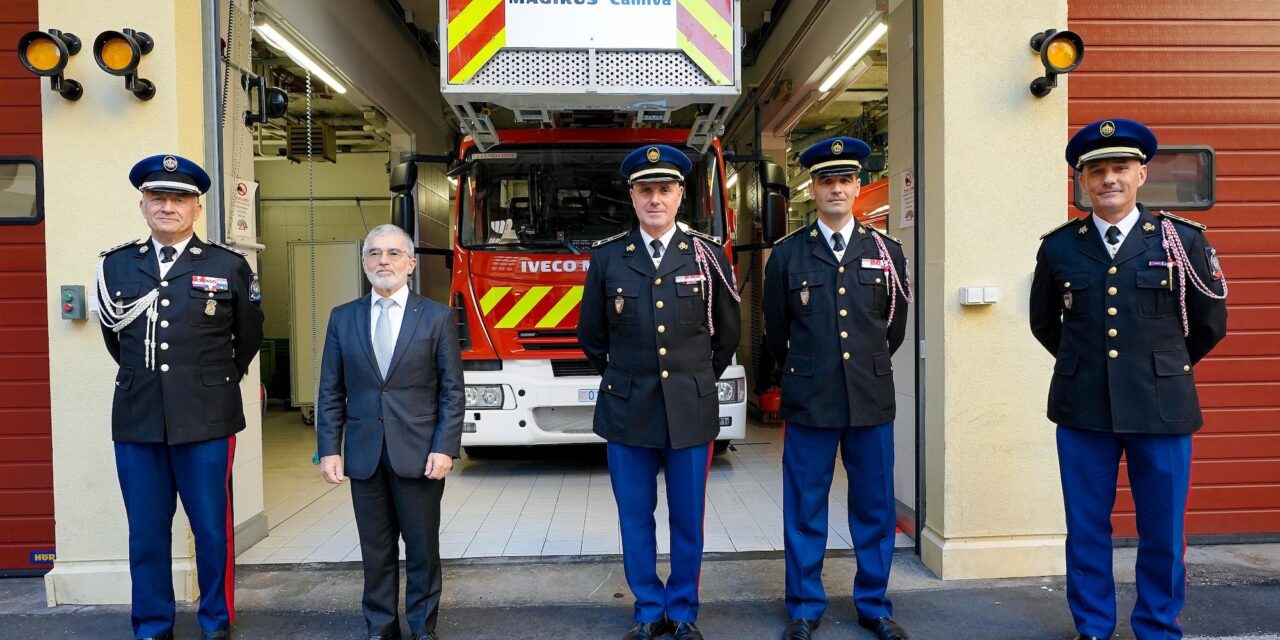 A military ceremony, commanded by Lieutenant-Colonel Maxime Yvrard, was held on Thursday, November 10, at the La Condamine Fire Brigade Barracks, in the presence of Minister of the Interior Patrice Cellario and the Commander Superior of the Force Publique, Colonel Tony Varo.

The occasion was the change of command between Major Patrice Jacob and Warrant Officer Jean-Christophe Masotti.

Warrant Officer Jean-Christophe Masotti joined the Bataillon de Marins-Pompiers de Marseille in 1994 where, for two years, he was assigned to operational sectors with high activity (North districts and port sector).

He joined the Firefighters of Monaco in the Operations Office in 1996. In 2017, he became Deputy Head of the La Condamine Rescue Centre. He was promoted to Head of the Centre as of November 2, 2022. He rose through the ranks over a career during which he was decorated and congratulated on several occasions for his actions during complex operations.