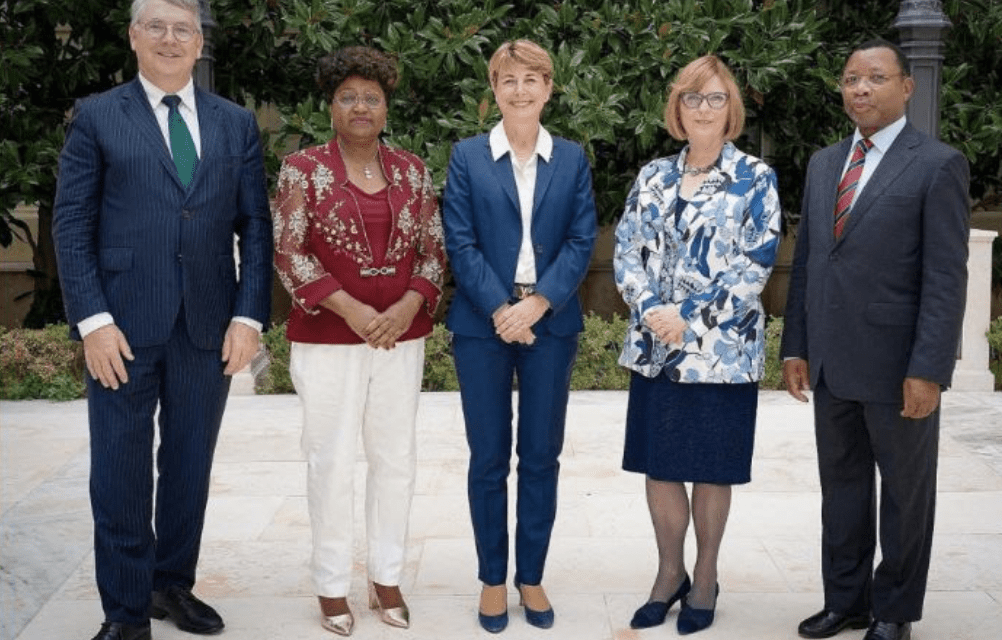 Ambassador Niall Burgess presented his credential letters to HSH Prince Albert and then with his wife Marie spent some quality time at the Princess Grace Irish Library and enjoyed seeing the Library’s first edition of James Joyce’s Ulysses (1922) and other cultural treasures.

In February, the Ambassador inaugurated the centenary year at the Centre Culturel Irlandais in Paris and his personal copy of the French first edition of Ulysses was on display alongside PGIL’s copy of the masterpiece.

Dr Rachel Moss will explore the long history of the Book of Kells, from its creation to the circumstances of its miraculous survival during the turbulent late medieval and early modern period in Kells in Ireland to its deposit in Trinity College Dublin Long Room library.

Researchers believe it has its origins on the island of Iona off the coast of Scotland. The professor will also explain its influence on Irish cultural life, ranging from the works of Joyce to the Irish pub.

Rachel Moss is an Associate Professor in the Department of History of Art and Architecture and Fellow of Trinity College Dublin. She is an authority on the art and architecture of medieval Ireland. Thursday November 17, at 19:00 at the library.