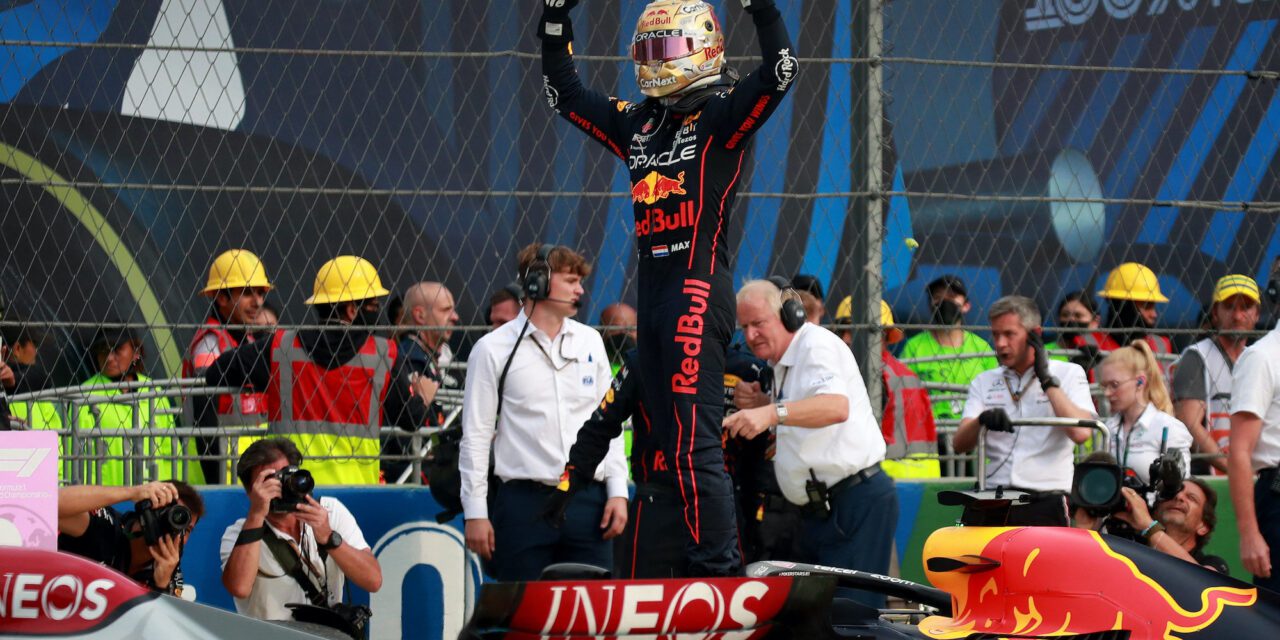 Red Bull’s Max Verstappen won the Mexico City Grand Prix on Sunday, October 30 to set a Formula One record of 14 victories in a single season, albeit with a team that breached the FIA’s cost cap.

The Dutch driver led from pole position at the Autodromo Hermanos Rodriguez and made one stop before a long stint on the medium tyres to take the chequered flag 15.186 seconds clear of Mercedes’s Lewis Hamilton.

“It’s been an incredible year so far, we are definitely enjoying it and we’ll try to go for more,” said the 25-year-old Verstappen, who clinched his second title in Japan on Oct. 9.

Red Bull’s Sergio Perez finished third in front of his cheering home crowd after a race low on thrills but with plenty of strategy.

Verstappen’s win was his fourth in Mexico and the podium was the same as last year.

In Austin, Texas, last weekend he had equalled the record for most wins in a season on 13 with German greats Michael Schumacher (2004) and Sebastian Vettel (2013).

It was also a ninth win in a row and 16th from 20 races for Red Bull, who wrapped up the constructors’ title in Texas with three rounds to spare, but Mercedes showed they were getting closer.

“I was so close in that first stint but I think the Red Bull was clearly too fast today and ultimately, maybe they had the better tyre strategy,” said Hamilton, who started on medium tyres and switched to hards.

George Russell lost out at the start, lining up on the front row for Mercedes but dropping two places to fourth as Hamilton muscled past his team mate with Perez also seizing the opportunity to go third.

Russell finished fourth, pitting on the penultimate lap to take the bonus point for fastest lap away from Perez.

The race was a four-driver battle after 20 of the 71 laps, with Ferrari’s Carlos Sainz and Charles Leclerc finishing fifth and sixth but far off the pace and the latter close to being lapped.

“This weekend we were just slow,” said Sainz, who finished 58 seconds behind Verstappen.

Daniel Ricciardo put on the show of the day, reeling off overtakes on the soft tyres and finishing seventh for McLaren despite a 10-second penalty for causing a collision with AlphaTauri’s Yuki Tsunoda.

His performance won the Australian, who is leaving McLaren at the end of the season with no other drive lined up, the vote for driver of the day by fans.

Esteban Ocon was eighth for Renault-owned Alpine, after team mate Fernando Alonso retired with an engine failure, with McLaren’s Lando Norris ninth and Valtteri Bottas back in the points for Alfa Romeo in 10th.

(Writing by Alan Baldwin in London, editing by Clare Fallon)