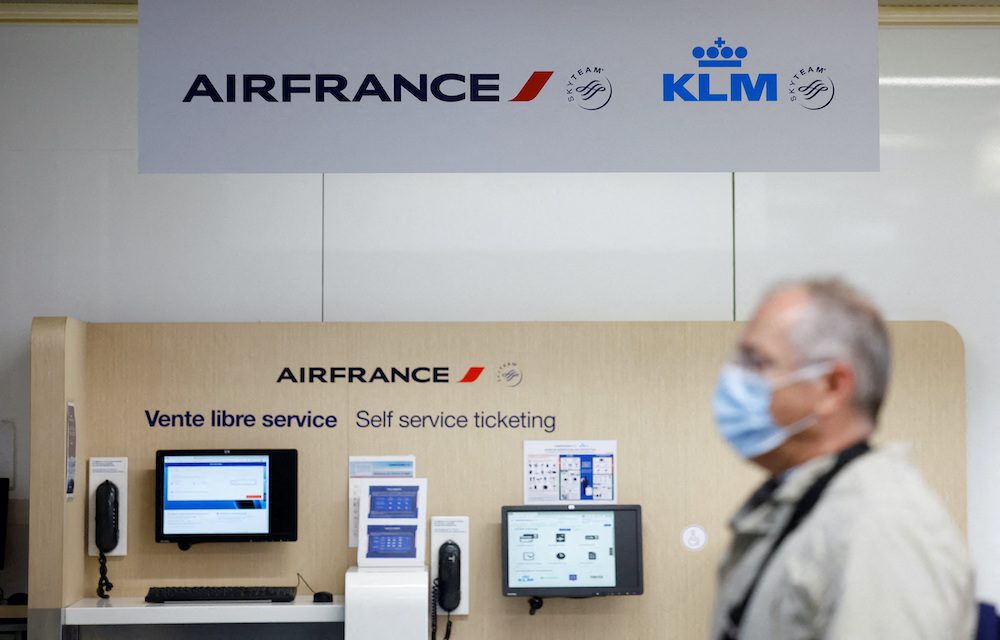 (Reuters) – Air France-KLM on Friday cut its capacity forecast and its Dutch arm warned of losses due to prolonged curbs on flights at Amsterdam’s Schiphol airport, prompting a major share sell-off.

The carrier’s shares dropped more than 16% and were set for one of their biggest one-day falls in almost 25 years as investors worried it may miss out on a travel boom spurred by the end of COVID-19 lockdowns.

But the region’s airlines are struggling with staff shortages and labour disputes as cabin crews and pilots demand better working conditions and higher wages to offset inflation.

Schiphol, one of Europe’s busiest airports, said last month daily passenger numbers would be reduced by around a fifth until at least March 2023 to guarantee the safety of passengers and employees, forcing KLM to limit ticket sales for the coming winter.

The Dutch airline, the main carrier at Schiphol, has faced sharp cost increases because of high oil prices, inflation, supply chain shortages and costs associated with rebooking and compensating passengers, it said in a statement.

A KLM spokesperson said that issues at the hub had cost 175 million euros ($174.27 million) since April.

Problems at Schiphol “are costing KLM a great deal of money and limiting the number of flights (it) can operate”, KLM’s Chief Executive Officer Marjan Rintel said.

Staffing difficulties and queues have persisted into the Netherlands’ autumn school vacation period this month.

Air France-KLM said it planned to operate about 85% of network airlines’ pre-pandemic capacity in the fourth quarter, against an earlier range set between 85% and 90%.

Yan Derocles, analyst at ODDO BHF, said the outlook was disappointing after upbeat comments from German rival Lufthansa on Thursday and BA’s owner earlier on Friday.

The airline posted operating income of 1.02 billion euros in the third quarter, against an average estimate from analysts polled by the company at 844 million. Quarterly revenue was 8.11 billion euros, above 2019 levels.

FILE PHOTO: A passenger, wearing a protective face mask, walks past a self service ticketing of airline company Air France in the departures area at the Nantes-Atlantique airport in Bouguenais near Nantes, France, June 29, 2022. REUTERS/Stephane Mahe/File Photo