AS Monaco settle for draw in Budapest 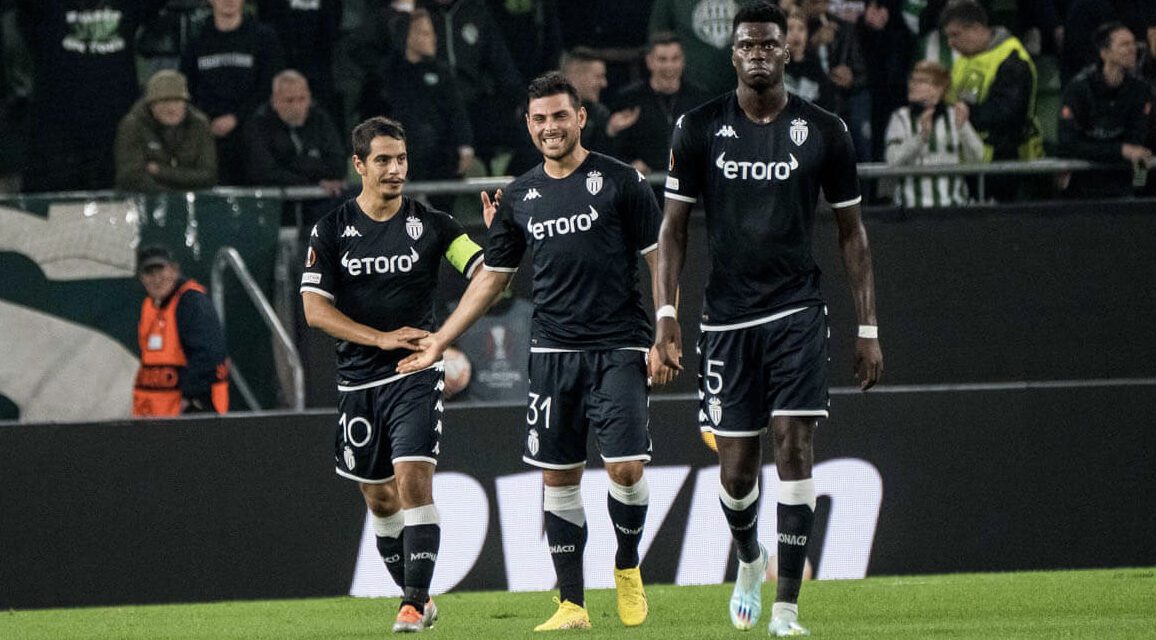 After a rocky Europa League campaign so far, AS Monaco travelled to Budapest to face off against Ferencvaros on the evening of Thursday, October 27. The Hungarian side had previously beaten Monaco 0-1 when they visited Stade Louis II, and it was looking like the Monegasques would be victorious this time, that was until the closing moments of the match.

Philippe Clement’s men certainly started the match off on the right foot, taking off shots in the first five minutes of the fixture. Almost Inevitably it would be team captain Wissam Ben Yedder who would open the scoring, and in a signature Ben Yedder sort of way. Axel Disasi found his skipper in the box, before Ben Yedder back heeled the ball between the defender’s legs and just inside the far post to make it 0-1 for Monaco at the 31st minute.

After many more chances the scoreline still stood at 0-1 at the 80th minute, and the Principality side just had to hold on to their slim lead until the end, but Kristoffer Zachariassen equalised at the 83rd minute. The level 1-1 scoreline stood until the end of the match, and the Monegasques leave Budapest with just the one point.

This leaves Monaco narrowly in the top two places of Group H in the Europa League group stages, so winning the upcoming and final group stage fixture against Serbian side Crvena Zvezda on Thursday, November 3 will no doubt be of upmost importance to Clement.

Before that, though, Monaco will face off against Angers at home on Sunday, October 30.