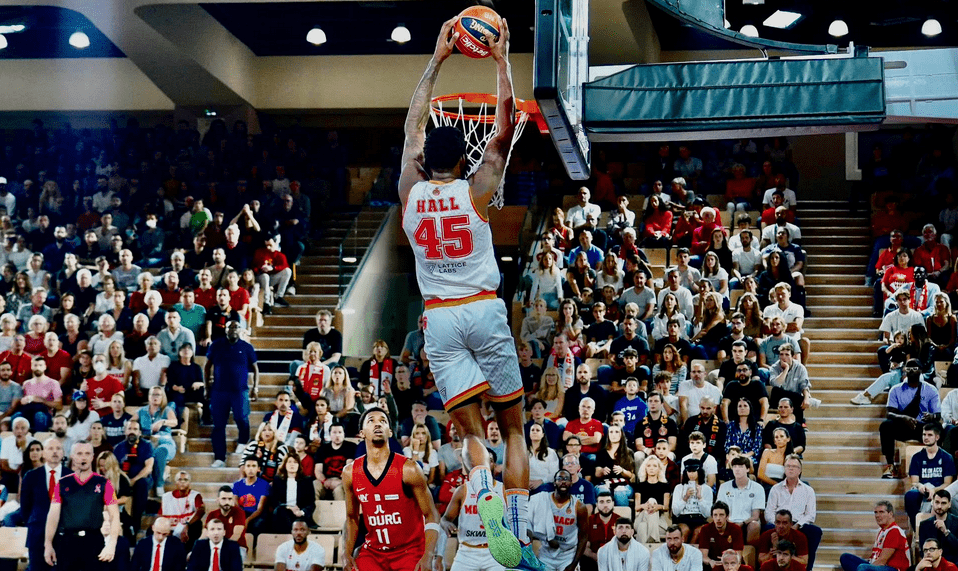 AS Monaco basketball has had another night to remember in the Salle Gaston Medecin on Sunday, as the Roca Team delighted home fans with a narrow 98-94 victory over visiting LNB side Bourg-en-Bresse.

Monaco established their lead by a comfortable margin by the end of the first quarter, with 30 points to their visitors’ 19. The game was much more balanced in the second quarter with Monaco scoring 25 to Bourg’s 22, taking the scoreline to 55-41 by the halftime break.

However, the visitors fought back in the third quarter, scoring 29 points to the hosts’ 11 all the while taking an increasingly more commanding lead thanks to a buzzer beating three pointer by Benitez to take Bourg up to 70 points at the end of the penultimate quarter.

After a comfortable first half, and a wake up call of a third quarter, the game was now very much on in the Principality.

Now it was up to Roca Team head coach Saša Obradović to rile his men up in order to win the game in the final quarter.

Thanks to some standout individual performances, Monaco edged ahead of their opponents, scoring 32 points to Bourg’s 24 and winning the match 98-94.

With this win in the bag, the Roca Team has won their sixth consecutive game in the French domestic LNB out of a possible six games since the season began, and continue to lead the championship.

Monaco will face off against Olympiacos in Athens on Thursday, October 27, as part of the EuroLeague, and will match up against Strasbourg back in the domestic league away on Sunday, October 30.