Chamber makes many contacts in Spain 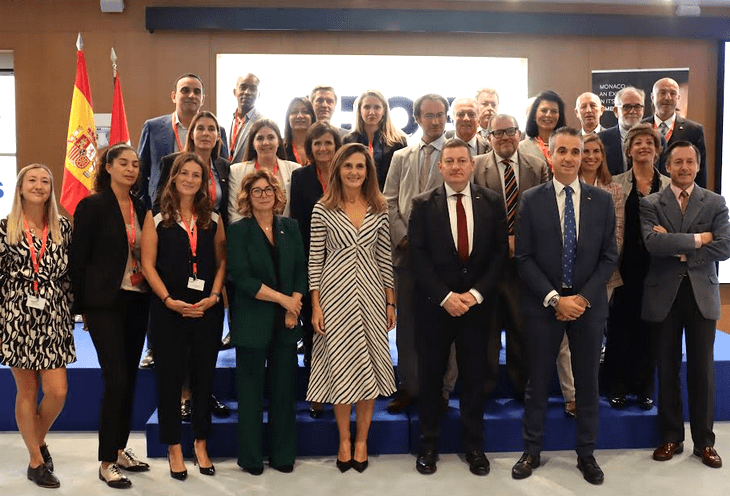 Around twenty member companies of the Monaco Economic Board have visited Madrid to develop their activities in Spain.

During a two-day mission, they been able to appreciate its potential and establish valuable first contacts. Placed under the aegis of H.E. Mrs. Catherine Fautrier-Rousseau, Ambassador of Monaco in Spain, the mission took place from October 13 to 15.

The highlight was an economic forum that took place in the premises of the Confederación Española de Organizaciones
Empresariales (CEOE).

Madrid has the largest GDP/capita in the country and in 2021 it attracted 72 percent of foreign investment in Spain.

The fourth economy of the European Union is also an essential platform for doing business with Latin America, as most companies in this region have their European headquarters in Madrid.

The economic rapprochement between Monaco and Spain was marked by the signing of a memorandum of understanding between the MEB and the CEOE, followed by a networking session during which the members of the Monegasque delegation were able to discuss their interests with important local economic decision makers.

The economic mission took place in the wake of a trip by HSH Prince Albert II to Spain, to the occasion of the celebration of the centenary of the death of Prince Albert 1st. A visit by a delegation of Spanish entrepreneurs is being studied for 2023.

PHOTO: Guillaume Rose, Executive Director of the Monaco Economic Board and Marta Blanco, President of CEOE Internacional, together with the Monaco entrepreneurs in Madrid