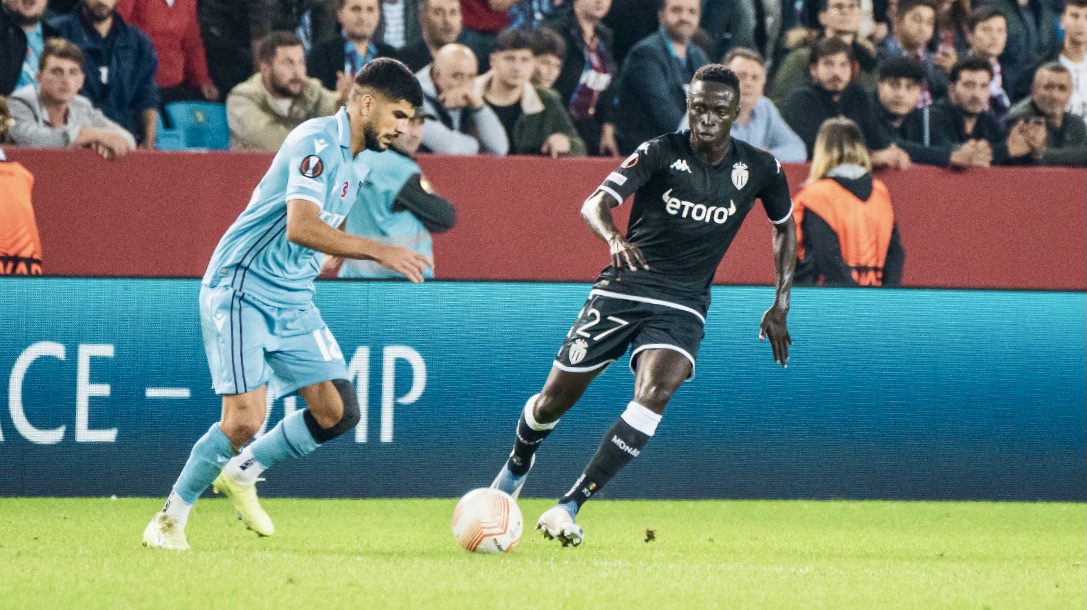 After a firm 3-1 victory against Trabzonspor at the Stade Louis II in the previous week, it was the turn of AS Monaco to travel to Trabzon to face off against the Turkish Süper Lig champions Trabzonspor in Trabzon on the evening of Thursday, October 13.

The end result of this second encounter in the Europa League group stages was surprising, given that the first match-up between the two vastly different clubs ended very much in the Principality side’s favour.

As the first half was looking like it might conclude without any goals, an unfortunate turn of events left Monaco one nil down just before the break.

At the 44th minute, the ball was played back to Monaco goalie Alexander Nübel, who made the wrong pass to Malang Sarr. The central defender unintentionally deflected the ball into the back of his own net as he was running past Nübel when the pass was made, and therefor walked away from the unfortunate incident with an own goal.

The hosts did not hesitate to double their newfound lead early in the second half, with a headed goal by Vitor Hugo from a corner to make it 2-0 at the 48th minute. The scoreline only worsened for Monaco when Trabzonspor midfielder Enis Bardhi scored the third goal just ten minutes later.

Not wanting to leave matters up to chance, another Trabzonspor midfielder, this time Trezeguet, scored the fourth and final goal of the fixture at the 69th minute. Now 4-0 up, the match was certainly the hosts’ to lose, but in the end the home supporters would celebrate wildly.

Perhaps it was the own goal that killed confidence at the end of the first half, or the sea of super fans filling the stadium to become Trabzonspor’s 12th man and spur their team on to a shocking victory that did it. Either way this Europa League group has become a free for all with just two matches left to decide in this stage.

The next Europa League match will be in Hungary against Ferencvaros on Thursday, October 27, but first, Monaco will face off against Clermont Foot at home and then Lille away in Ligue 1.