New US Ambassador presents letters of appointment at Palace 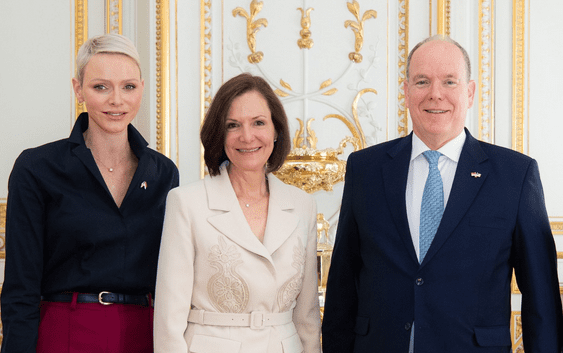 HE Mrs Denise Campbell Bauer, new Ambassador Extraordinary and Plenipotentiary of the United States to the Principality of Monaco was received by HSH Prince Albert on Thursday September 29.

Mrs Denise Campbell Bauer is also the new Ambassador of the United States to the French Republic.

Mrs Campbell Bauer is an experienced diplomat, non-profit executive, and an advocate for women’s voices in politics. She served as US Ambassador to Belgium from August 2013 to January 2017, heading one of the largest embassies in Europe.