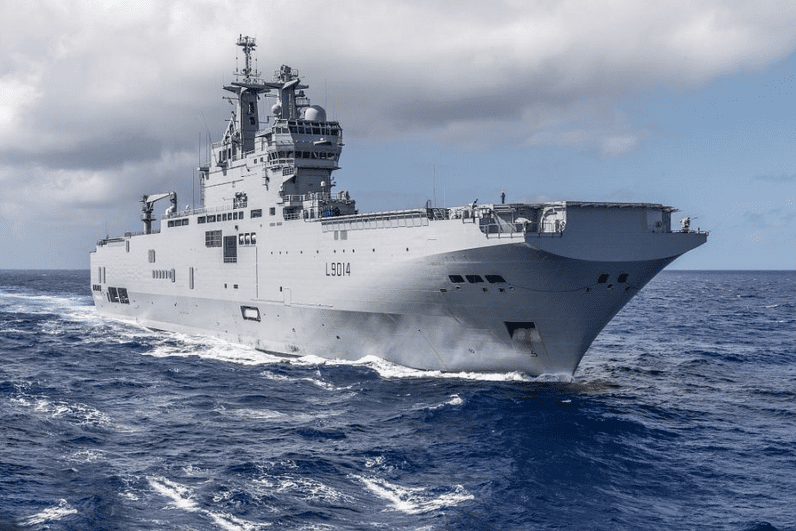 The French Senate has adopted a report from its Foreign Affairs, Defence and Armed Forces Commission that calls for a stepping-up of defence preparedness in the eastern Mediterranean.

The commission’s task was to analyse mounting tensions in the Mediterranean where flows of goods, energy, information and irregular migration converge.

“The territorialisation of maritime areas and the discovery of underground hydrocarbon resources are fuelling an increase in tensions there,” the Senate said in a press release on Wednesday, September 28.

“The report adopted by the commission also paints an overview of the strategic reconfiguration underway in the region, accelerated by the outbreak of the war in Ukraine. The rapporteurs therefore call for an immediate effort to re-arm the French armies to deal with this militarisation of international relations in the Mediterranean. They also recommend accelerating the deployment of instruments to combat disinformation at European Union level so as not to lose the “war of stories” in the Mediterranean where hostile powers are particularly dynamic, particularly in the Balkans and in North Africa.”

The commission noted that the French Navy will increase its tonnage by only 3.5 percent between 2008 and 2030, while the Turkish Navy foresees an increase ten times faster (+33 percent).

“The Mediterranean area is a mirror of the global degradation of the strategic environment. The Mediterranean is today the scene of a confrontation between two opposing value systems,” an author of the report said.

The report called for an increase in the defence budget to pay for rearmament and a streamlining of cooperation between the European Union and NATO in the Mediterranean, among other measures.