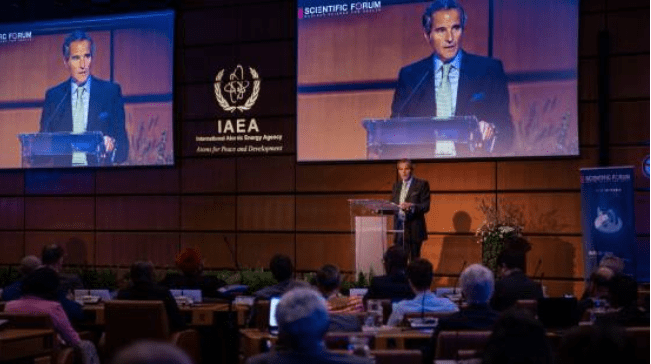 The 2022 IAEA Scientific Forum started in Vienna on Tuesday, September 27, to discuss and advance its Cancer Care for All campaign.

Cancer, one of the leading causes of death in the world, is a scourge not only for patients and their families, but also for health systems and economies around the world. Every year, it causes almost ten million deaths and costs 1.16 billion euros in prevention, treatment and disability benefits.

As the burden of cancer increases, inequality increases: 70 percent of deaths occur in low- and middle-income countries. To explore opportunities for building and strengthening country capacities in the face of these challenges, high-level representatives and eminent experts from around the world gathered in Vienna for this year’s Scientific Forum under the theme ‘Rays of Hope. Cancer Care for All.’

“A diagnosis of cancer, which is curable in some parts of the world, is a death sentence in other parts – which is unacceptable because we have the technology and we know how to solve this problem,” the Director-General of the IAEA, Rafael Mariano Grossi, said during the opening of the Scientific Forum.

Benin, Democratic Republic of the Congo, Chad, Kenya, Malawi, Niger and Senegal are among the first partner countries to collaborate with the IAEA under Rays of Hope. They are in the process of mobilizing financial resources to build, equip and maintain the infrastructure needed to treat cancer and to train specialists, health professionals and technicians.