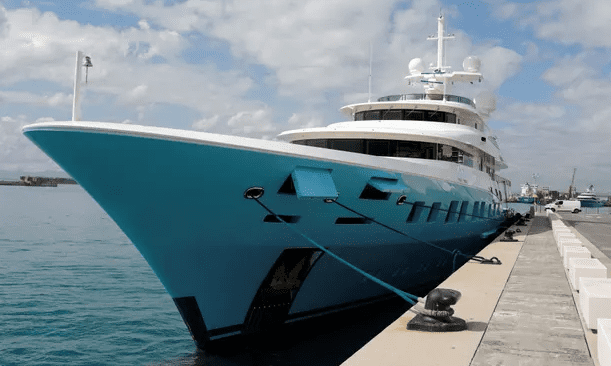 The 72.5-metre super yacht seized from sanctioned Russian steel billionaire Dmitry Pumpyansky was sold for $37.5 million, the Office of the Admiralty Marshal in Gibraltar announced on Tuesday.

The vessel had attracted 63 bids at the sale in August, but the winner – whose identity has not been disclosed – had to undergo due diligence before the price could be announced.

Axioma was impounded Ian March following the flag of a court claim by the bank JP Morgan, which claimed it was owed 20.5 million euros.

“The Admiralty Marshal has today sold the MY Axioma following payment into court of $37.5m by the successful bidder,” the court said. “The bid was selected after completion of an enhanced due diligence process, but the Admiralty Marshal will not be disclosing the identity of the buyer.”

Pumpyansky is reportedly one of the oligarchs closest to Putin.

Axioma, originally called Red Square, was previously available for charter for $558,500 a week.